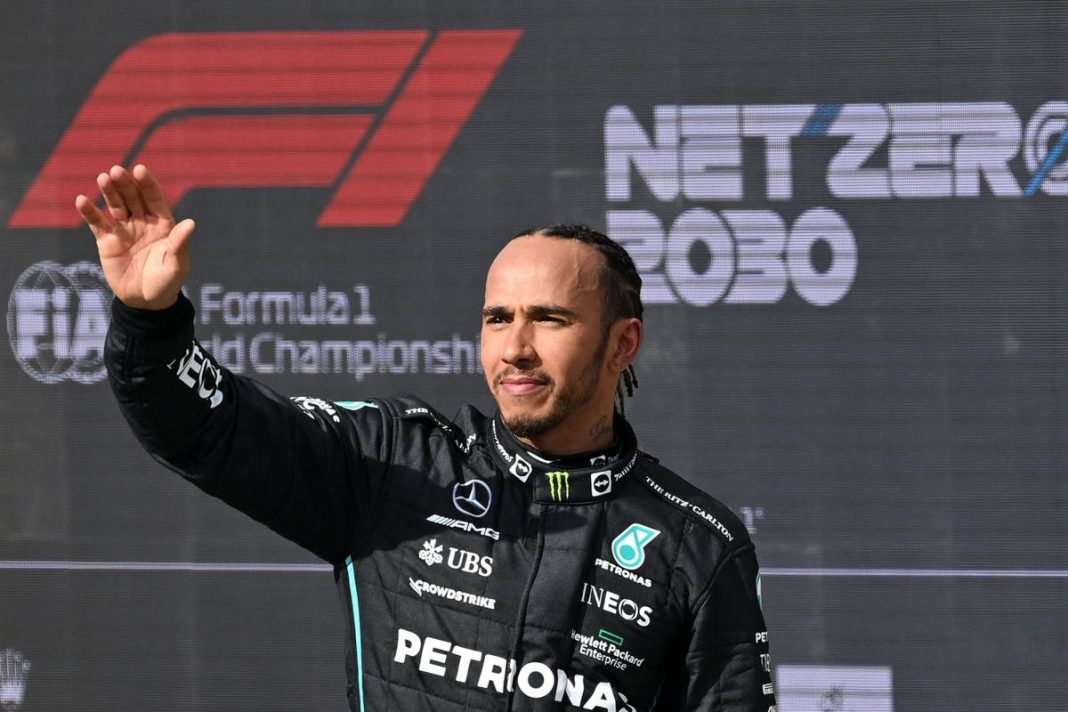 A small group appeared to run onto the track at Silverstone after a horror crash involving Zhou Guanyu had halted the race, although the cars were still circulating at that point.

Formula One head Stefano Domenicali said they had been “totally stupid”.

“You can protest whatever you want, it’s freedom to speak — but this is really something… ridiculous, this is the minimum I can say,” the Italian told Sky Sports television.

British police had earlier said they had credible intelligence of a plan to disrupt the race.

“I don’t know what the protest was for,” seven-times world champion Hamilton, who finished third for Mercedes, told reporters after initially saying “big up those guys”.

“I love that people are fighting for the planet and we need more people like them.”

Grand Prix winner Carlos Sainz said he had seen them running towards him and had initially thought the race had been red-flagged because of their action.

“People obviously need to speak out and do manifestations wherever they want because it’s a right,” said the Spaniard.

“I just don’t believe jumping into a Formula One track is the best way to do it and putting yourself at risk and all the other drivers.”

Mercedes, who are sponsored by oil company Petronas and chemical giant Ineos, later said Hamilton was not fully aware of the situation.

“Lewis was endorsing their right to protest but not the method that they chose, which compromised their safety and that of others.”

A statement on the http://www.juststopoil.org website said the protesters were demanding an immediate halt to new oil and gas projects in the United Kingdom.

With some 142,000 spectators descending on the circuit, which is 90 minutes outside London, the race is one of the British summer’s sporting highlights and has in the past been a magnet for protesters.

The race was closed to spectators then due to the COVID-19 pandemic.

In 2003, Silverstone was the scene of one of Formula One’s most bizarre and infamous protests when a man dressed in a kilt ran on to the track waving a banner saying: “Read the Bible, the Bible is always right”.