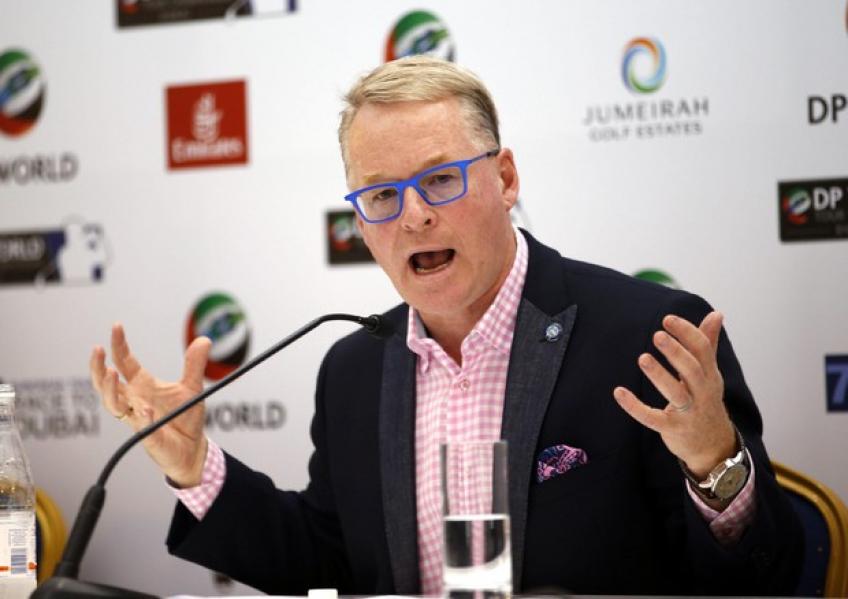 “The penalties for those members who knowingly broke the rules of the DP World Tour by playing a LIV Golf tournament without authorization are proportionate, fair and considered necessary by most of our members.”

The CEO of the DP World Tour, Keith Pelley, thus replies to the letter received from 16 players who recently chose to participate in the first Arab Super League race criticizing the penalties received.

“Before joining the LIV Golf – added Pelley – they knew perfectly well the consequences that their choice would have resulted.

Lee Westwood and Ian Poulter were among 16 members of the DP World Tour who were fined £ 100,000 last week and banned from attending three events, the first of which is next week’s Scottish Open. They were sanctioned by the DP World Tour for participating without authorization in the inaugural event of the LIV Golf Invitational Series at Centurion Club last month.

ADVERTISING In an open letter, addressed to Pelley and published by The Telegraph, the 16 players threatened to take legal action against the DP World Tour if the fines and suspensions are not reversed. Pelley responded strongly today, refusing to back down.

In a statement he stated that: “A letter we received on behalf of some LIV Golf players has been circulated to the media and it contains so many inaccuracies that it cannot be denied. “Before joining LIV Golf, players knew there would be consequences if they preferred money to competition.

Many of them at the time understood and accepted it. In fact, as a player quoted in the letter said in a media interview earlier this year: ‘If they ban me, they ban me’ It is not credible that some are now surprised by the actions we have taken ”.

“The letter argues that these players ‘care a lot’ about the DP World Tour. An analysis of our Tour attendance statistics over the past few years of many of the top players cited suggests otherwise. “One player in particular, mentioned in the note, has only played six Rolex Series events in the past five years.

Another one, only four. I wish many of them had been as eager to play on our Tour as they seem to be now, as they have either resigned from the PGA Tour or, if they are still enrolled, have been suspended indefinitely. “Also, given how much these players say they hold on to the DP World Tour, perhaps some of them could have played in Ireland this week in support of our new title sponsor, particularly a player who has given us a signed commitment to play Mount Juliet.

. “With that player currently in action at Pumpkin Ridge, one can imagine that the accusation contained in the letter of being wrong is hard to accept. Furthermore, we are very disappointed by a statement in the final part of the letter, according to which we would somehow be “in the background” compared to the PGA Tour.

Nothing could be more wrong. “We held a meeting with players in Ireland last Tuesday, where we detailed the many benefits of expanding our relationship with the PGA Tour. “One of these is the unprecedented offer of ten wild cards for the PGA Tour, cards that many of the players mentioned in this letter were desperate to obtain early in their careers.

Why now criticize those who are trying to do the same? “The letter also expresses an alleged concern about the future of the DP World Tour. There is no need to worry about that. “The DP World Tour is a vibrant, independent and global tour, with guaranteed and increasing prize pool growth over the next five years.

We have fantastic tournaments throughout the year, including a series of wonderful National Open, all played in front of large crowds, as this week’s Irish Open perfectly demonstrates. “Finally, it would not be appropriate for me to comment on any legal issues.

“I will just reiterate that our membership regulations, which have been in place for over 30 years and accepted by all players, serve to protect all of our members and we will use them to take all necessary measures to protect their interests.

“The penalties for those members who knowingly broke our rules by playing the Centurion Club without a release are proportionate, fair and, I believe, considered necessary by the majority of our members.”