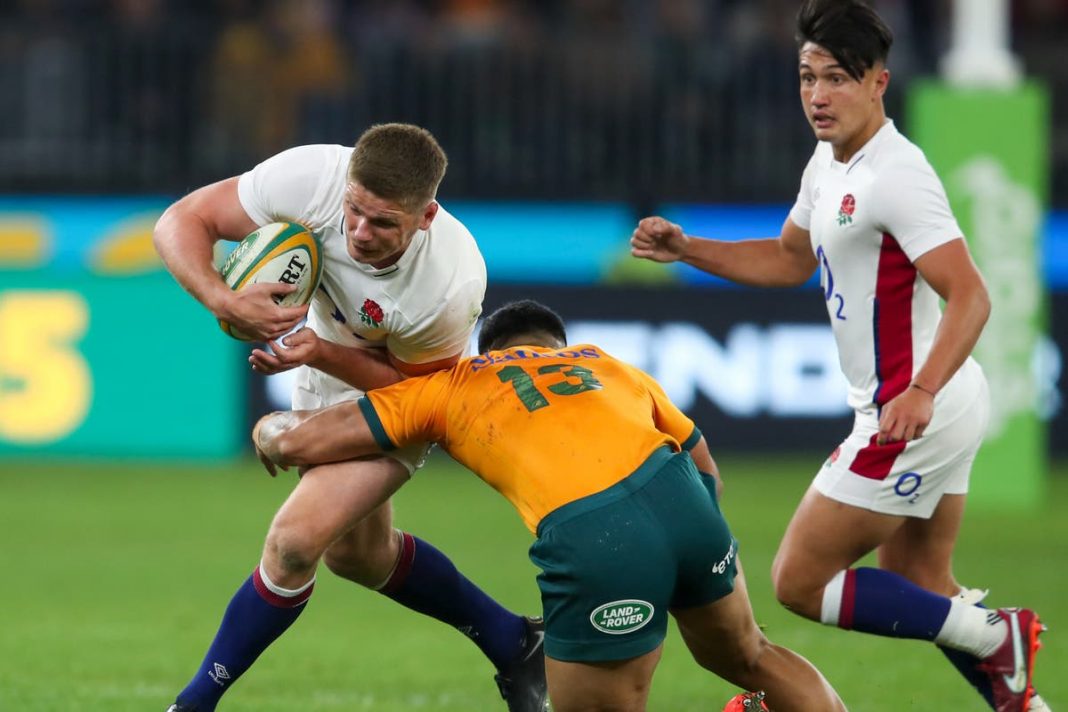 The first Test of a three-match summer series begins between old rivals in Perth this morning. England arrive at Optus Stadium in something of a rut having been embarrassed by the 14-man Barbarians last month after only winning two of five Six Nations fixtures earlier in the year.

Such a woeful run has piled the pressure on Eddie Jones, who is set to stay in charge until after next year’s Rugby World Cup in France. Jones boasts a perfect record against his native Australia as England head coach, winning eight from eight including a famous 2016 series whitewash down under and 2019 World Cup quarter-final triumph in Japan.

Courtney Lawes is the England captain today despite the return of Owen Farrell, while the likes of Danny Care and Billy Vunipola are also back. Australia hand debuts to Cadeyrn Neville and Dave Porecki in the pack, though Quade Cooper has been withdrawn late after suffering an ankle injury in the warm-up and replaced at fly-half by Noah Lolesio. Follow Australia vs England live below!

27 mins: That’s very disappointing from Farrell, who will want that kick back.

He should have made that, but it misses wide left and Australia breathe a sigh of relief.

England will hope that doesn’t prove crucial to the outcome of this bruising contest.

25 mins: England are quickly back on the offensive, with Freddie Steward as fantastic under the high ball as always.

Allan Alaalatoa was the man not rolling away, chiefly because he was looking very groggy indeed after a tackle.

He goes off gingerly, with the experienced James Slipper on. Three injuries and counting for the Wallabies.

23 mins: England’s lead is reduced as Lolesio’s kick sails through.

22 mins: England are straight under the cosh from the restart, having to defend a scrum just outside their own 22.

Australia put on the squeeze and get the reward of a penalty, with a few scuffles ensuing.

This should be a straightforward kick for Noah Lolesio to get Australia on the board.

21 mins: The cart is out for Australia full-back Tom Banks, who landed horrifically after challenging for an aerial ball.

This looks a bad injury and he’s in quite some pain, with play stopped.

Jordan Petaia is coming on. Another injury blow for Dave Rennie to contend with after Quade Cooper’s pre-match withdrawal.

21 mins: Simple enough for Farrell, who is now two from two from the tee.

England have made an impressive, pacey start and are keeping the scoreboard ticking.

It’s a superb line from Tom Curry, who is put through by Owen Farrell and then flights a perfect pass out to Joe Marchant.

Marchant looks to be in, only for a phenomenal, try-saving tackle from Marika Koroibete!

The ball is then lost, but an Australian defender has been whistled for not supporting his body weight at the breakdown.

Farrell to kick from the tee once more…

17 mins: This contest is being played at a fair old pace so far, with some heavy carries – including that from Billy Vunipola, who went for Samu Kerevi.

Possession is changing hands quickly, with phases and spells of pressure from both teams, but no composure and finishing touches just yet.

But here come England bursting through…

15 mins: The Aussie lineout is a touch ragged, but they get the penalty to kick to touch after Jonny Hill is pinged for not releasing.

Rennie’s men get quick ball of their own and turn up the heat, but it’s lost and England take possession.

Freddie Steward can’t get away, but they were playing advantage and it’s another chance for England to gain some decent territory.

13 mins: England are on the front foot and getting lots of good, quick ball, slamming into the Australian defence – with some great carrying and then deft hands from Jamie George out wide.

But that’s a terrific intervention from prop Angus Bell, who gets over the ball at the breakdown and earns a pressure-relieving penalty for Australia.