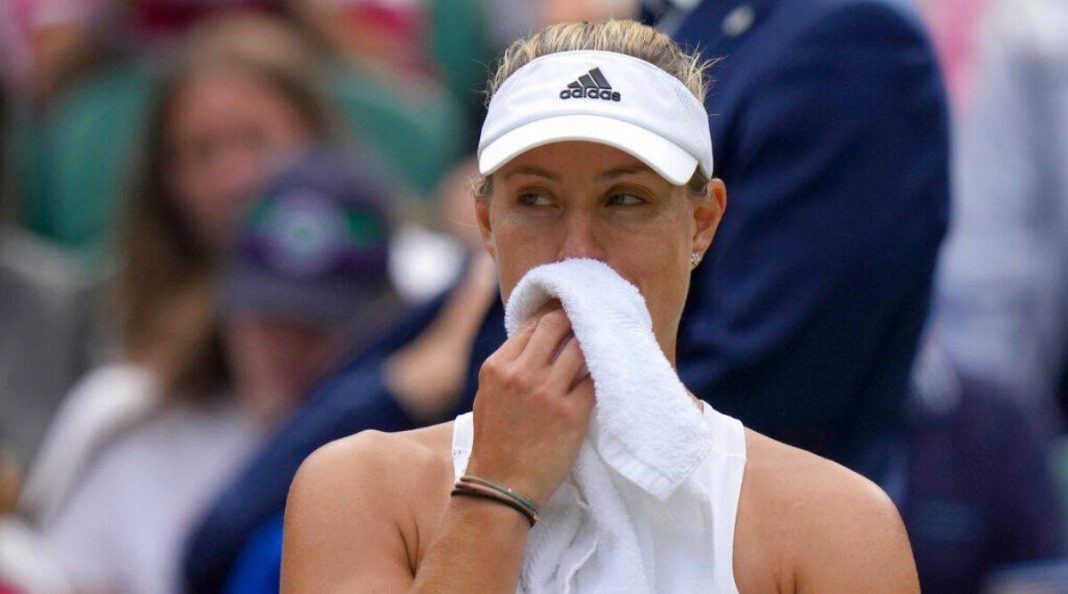 Belgian Elise Mertens stayed solid against an error-prone Angelique Kerber of Germany to defeat the former Wimbledon champion 6-4 7-5 on Friday and reach the fourth round.

Mertens achieved her best showing at the grasscourt Grand Slam in 2019 when she reached the round of 16 and came into Friday’s contest having defeated the three-times major winner in their only previous meeting three years ago.

The 26-year-old Belgian, who reached a career-high ranking of 12th in 2018, had to save two match points against Panna Udvardy in a second-round match that lasted three hours and 15 minutes and stretched over two days.

🇧🇪​ @elise_mertens is full of emotion as she beats Angelique Kerber 6-4, 7-5

Her third-round clash was much more comfortable.

Mertens broke the left-handed Kerber’s delivery in the fourth game and served for the opening set at 5-3, only for Kerber to break back.

But the Belgian did not lose her composure and broke the 2018 Wimbledon champion to love.

Appearing in her 51st consecutive major, the 34-year-old Kerber seemed to have got the momentum back when she cracked Mertens’ delivery and took a 5-3 lead in the second set.

But with the former world number one serving to level the match, Mertens broke Kerber and sealed the contest when the German committed her 28th unforced error by sending a return into the net.

Mertens, who won the doubles in 2021, will next meet third seed Ons Jabeur of Tunisia for a place in the quarter-finals.