‘Maybe there is a political logic behind…’ 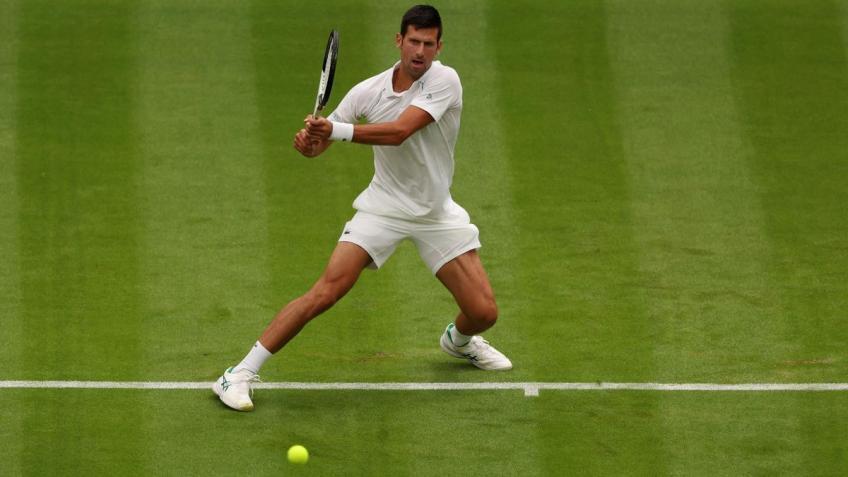 It is an increasingly peculiar edition of Wimbledon. Before the start of the tournament, due to the war, the organizers decided to exclude Russian and Belarusian tennis players, effectively ruling out tennis players such as Daniil Medvedev and Andrey Rublev, to which the ATP responded by canceling the possibility of earning points in the tournament and thus taking the tournament to the atypical.

In the last few hours, the Wimbledon tournament has suffered a small outbreak of Covid. First Marin Cilic and then Matteo Berrettini have announced that they are Covid positive. Therefore, both are forced to withdraw from the tournament and skip one of the most important events of the season.

It is an increasingly one-sided tournament, which is also bad news for the organizers. However, the Wimbledon tournament continues and tomorrow the third day of the London tournament will be played. One of the most interesting matches of the day opens the dances, with defending champion Novak Djokovic taking on Australian Thanasi Kokkinakis, a tricky player who could cause a lot of trouble for a “Nole” who is not in great shape.

Then the British return to the center, with the young Emma Raducanu facing the French Caroline Garcia, a tennis player who is in good shape and who represents a rather difficult obstacle. Andy Murray and John Isner will close on Center Court, a match that promises to be brilliant.

The Briton is a very tough opponent on grass, he has already won Wimbledon and he has a great chance this year given the absences. So far, only the tennis players who will play on center court and number 1 have been announced.

In number 1, Norrie, “host”, will face Munar, while the other two matches are between Kontaveit and Sakkari.

Nole reflects on the hypocrisy of the situation

Novak Djokovic recently spoke out against the double standards in place regarding unvaccinated American players being allowed to participate in this year’s US Open.

“No unvaccinated people can enter the USA as of this moment,” said the 35-year-old. “I did hear unofficially that some people got away with it, some people who are not ‘famous’, but I would never even try to go to the USA if it is not allowed.

Some people think that I made that mistake in Australia, but it was the contrary in fact – I had the exemption etc, let’s not go over the same story again. What he said makes total sense – if unvaccinated players are not allowed to compete at the US Open, then it should be the case for everyone,” said the Serb.

“I don’t see the medical logic behind it, that Tennys can play because he is a citizen of the USA, and I cannot. If I had a US passport or a green card, I would be able to play,” he added. “Maybe there is a political logic behind it – not medical – but I would rather not get into that and you can understand why”.