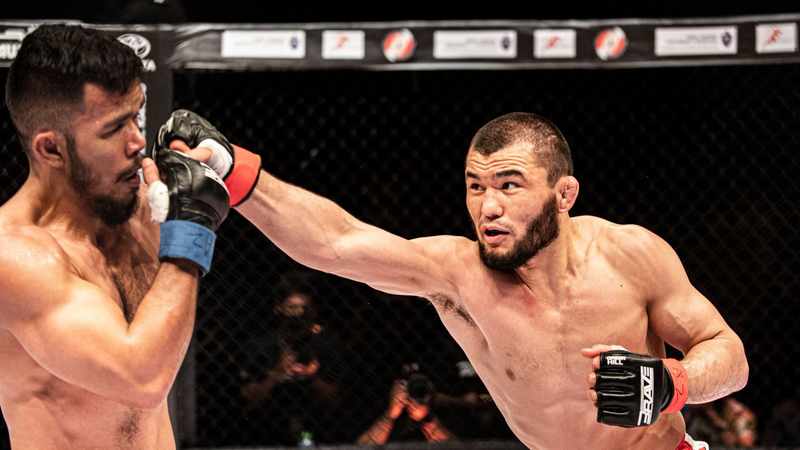 Cape Town — Abdisalam Kubanychbek did not mince his words during his post-fight interview at BRAVE CF 59.

“Ahmed Amir, my message for you is this: ‘I feel like I am the real champ. I fought for the interim belt twice now. Give me the fight,” said Kyrgyzstan’s Kubanychbek (19-3 1 No Contest) after beating Kazakhstan’s Olzhas Eskaraev (10-6) via unanimous decision in their interim title fight in Bukhara, Uzbekistan this month.

Kubanychbek has walked a long road to get to the title following countless disappointments en route.

In his first interim title fight against Brazil’s Cleiton Silva (15-3-0 1 No Contest), Kubanychbek left the cage in tears after the fight was declared a ‘No Contest’ due to him landing illegal blows to the back of Silva’s head despite Kubanychbek dominating the fight.

It was a heart-breaking moment for the Number One contender who previously had to deal with fight cancellations and the reality of Egypt’s Amir (12-3-1) being on the sidelines due to injury — forcing the promotion’s hand in creating an interim belt.

At BRAVE CF 59 it was as if there was an overwhelming peace for Kubanychbek after being crowned the interim champion, a completely different response to the last time he graced the BRAVE cage.

“Eskaraev was a tough opponent. I was expecting that,” said Kubanychbek who did well to overcome adversity after cutting his eye during a clash of heads early in the fight against Eskaraev.

“Thank you to him for that and for taking the fight,” added Kubanychbek.

Kubanychbek and Amir — who will return following an injury sustained in his last title fight against former Lightweight champion, France’s Amin Ayoub (16-6) at BRAVE CF 54 — will now have it all to fight for. It is yet to be confirmed when this fight will be booked.