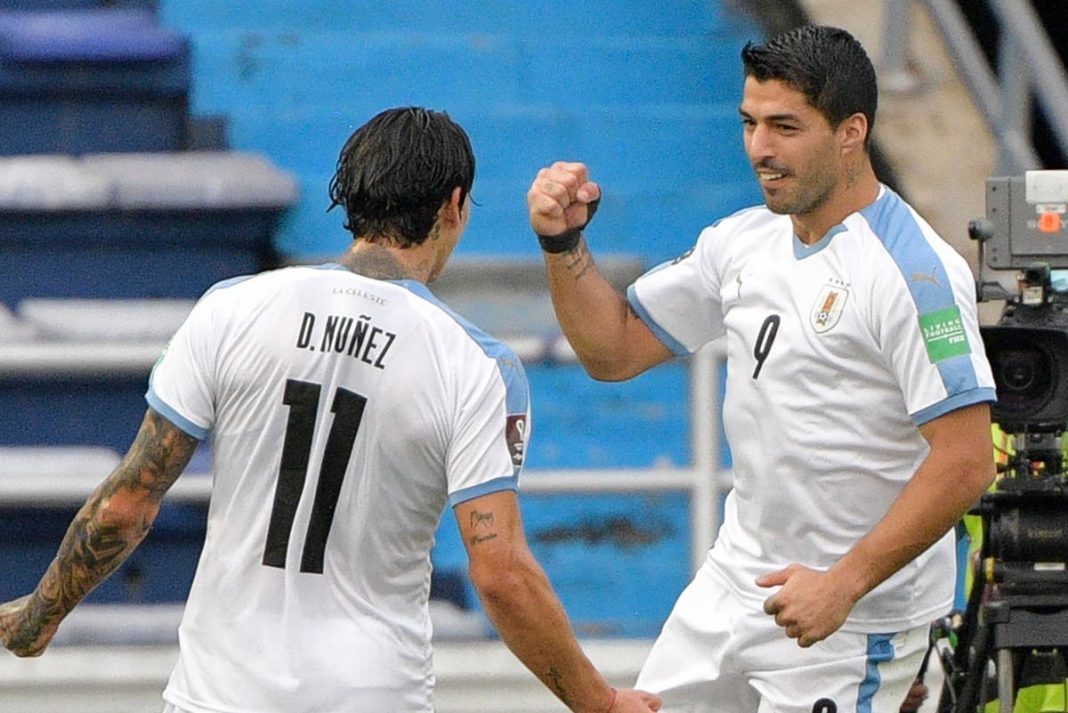 Nunez joined the Reds for an initial £64million that could rise to £85m with add-ons, with Liverpool hoping the 22-year-old can step up immediately and help fill the void left by Sadio Mane, who is set to complete his transfer to Bayern Munich this week.

A number of clubs were in for Nunez, after a season in which he scored 26 league goals for Benfica, though his fellow Uruguyan Suarez saw the potential before most and wanted to play with the striker at Barcelona.

“It was last season that Europe started to take notice of him because of his performances for Benfica – but from an early age I could see there was something special in him,” Suarez told The Mirror.

“While he was at Almeria I recommended him to Barcelona but it was something that never happened.”

Nunez has plenty to live up to if he is to try and replicate the goalscoring form Suarez brought to Anfield during his time at the club, with Liverpool’s new man revealing after signing that he intended to speak to his countryman.

However, Suarez has played down any comparisons between the pair and is confident that Nunez is talented enough to thrive in the Premier League without any additional advice.

“He will write his own story at Liverpool,” Suarez said.

“He is Uruguayan and he is a forward but that is where the comparisons stop – he is a special player and doesn’t need to be compared with anybody.

“He is going to a great club with one of the best coaches in the world, players he can learn off, and of course those special fans.”

Suarez added: “I can be there to offer him advice about England and about the style of play – but I don’t think he will need it – he will let his talent do the talking.”