How the Stormers finally won some major silverware 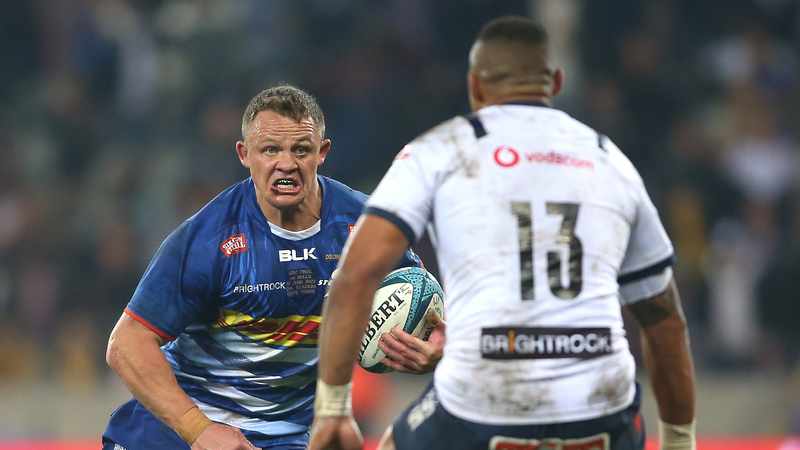 Cape Town – The Stormers edged the Bulls 18-13 at Cape Town Stadium on Saturday to win the inaugural United Rugby Championship in dramatic fashion.

It sure has been a very long wait for any major silverware, but the Stormers ended that drought with a massive statement in front of a crowd of 31 000.

Here are five factors from the game that played a role in them lifting the trophy.

How good were the Stormers after the break? After a first half that was mostly all Bulls, John Dobson’s men came back with a bang to score two tries and a drop goal in the second half to overtake the Bulls on the scoreboard.

Ever-performing Evan Roos’ try was just the start of the hosts’ second-half brilliance, and they kept it up for the full half.

They created more opportunities, were strong in the collisions, capitalised on some of the Bulls’ errors, were determined at the breakdown and did superbly to thwart any efforts from the Bulls, who were made to look aimless at times by the much-improved Stormers.

What a performance by one of the Stormers’ main men in his 100th appearance!

Fourie was one of the few positives on the Stormers’ side in that first half, getting involved everywhere and being his menacing self at the breakdown as he won multiple breakdown penalties when the Stormers were under pressure.

He has been one of the Stormers’ men of the season, and having received a Springbok call-up, it’s highly unlikely that we’ll see a drop in performance from him if we see him on the field any time soon.

The Bulls’ failure to use their chances

The Stormers were excellent in the second half, but the Bulls didn’t do themselves any favours, either.

They did precious little with the time they did have on the ball – with only one try to show for their superior territory and possession stats – and their error rate after switching sides didn’t help, either.

Speaking after the game Jake White, in between implying that the ref cost them a shot at the title, acknowledged that they should have been further ahead on the scoreboard at half time.

It was far from an ideal display from the Stormers in the first 30 minutes, but their defence held up well to withstand wave after wave of attack from the visitors.

It often looked like the Bulls scoring was just a matter of time, and the fact that the Stormers prevented them from getting over the try line again after Vorster’s early score is laudable.

For the Stormers to not lose their pluck and orchestrate such a huge change between their two halves certainly says something about their character.

After the game, skipper Steven Kitshoff – who was also good on the ground – praised his side for not becoming “flustered” after the Bulls’ early score.

“The chat behind the poles was mostly just to get back on task and focus on the next job. They were scoreless for quite a while after that. That we didn’t get flustered was quite amazing, but also shows how mature we were and got back to the plan.”