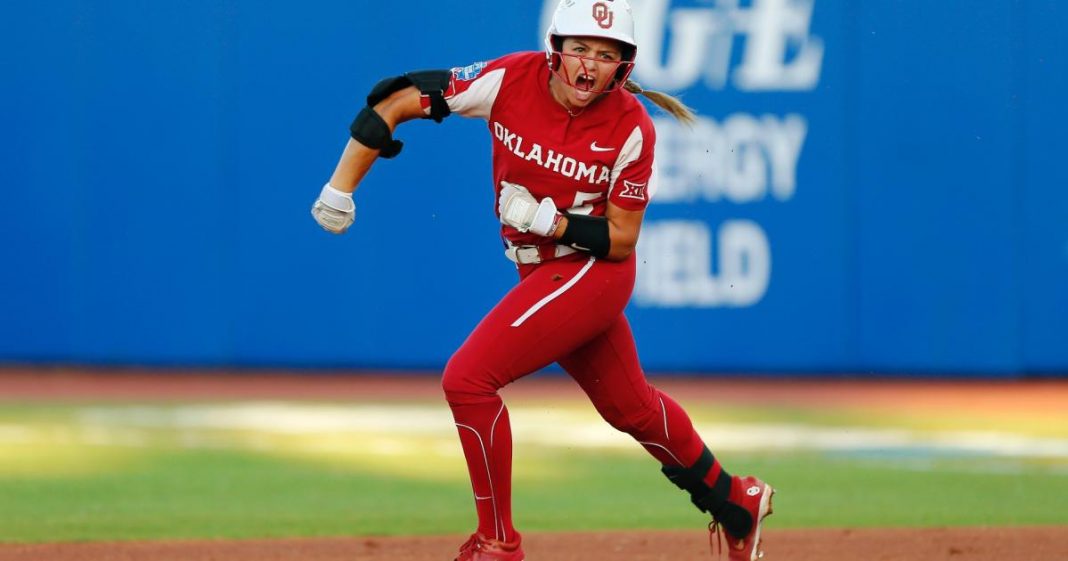 Texas has one game left to save its season.

The Longhorns struggled to contain No. 1 Oklahoma’s power, giving up 16 unanswered runs in their 16-1 defeat to the Sooners on Wednesday night.

The game got out of hand early. Jocelyn Alo and Taylon Snow smacked dingers in the first inning, setting the stage for a Sooners beatdown that featured a record six homers — two each by Alo and Tiare Jennings. By the time the dust had settled, OU had tied a WCWS finals record for runs in a game.

Texas burned through its rotation after pulling starter Hailey Dolcini with two outs in the first inning. The Longhorns used four pitchers in all, and all of them struggled.

Oklahoma is a buzzsaw, but Texas gave the Sooners one of their four losses on the season. The Longhorns will look to its offense, which hit over .300 as a unit this year, to break through and put pressure on Oklahoma.

If not, the coronation of softball national championship will take place and the trophy will head back to Norman from Oklahoma City for the second year in a row.

The Sporting News is tracking live scoring updates and highlights for Oklahoma vs. Texas softball. Follow along for complete results from Game 2 of the 2022 Women’s College World Series.

8:42 p.m. – Dayton walks for the second time today, this time to lead off the inning.

8:34 p.m. – Czech is doing her thing against the murderer’s row part of OU’s lineup. After walking Alo, she coaxed weak contact out of Jennings, who grounded into a double play.

Followed that up with yet another pop-fly.

So far, so good for Texas.

8:28 p.m. – Taylon Snow reels in a line drive with ease to end the inning. Longhorns getting some good wood on Bahl’s pitches early, could be something to look out for as the game progresses.

8:23 p.m. – Bahl struggling with her control a bit early. Just walked another Longhorns batter. She’s given up three hits and two walks in one inning of work.

Could’ve been worse if not for Coleman’s catch, too.

8:20 p.m. – Jennings muffs a ball from Smith, allowing the Longhorns’ first baseman to get on.

8:17 p.m. – And the Longhorns get out of it! Smart first base play by JJ Smith to tag the lead runner on a weak chopper.

Then Czech got right back to it, inducing yet another pop fly to end the inning. Really good showing by Czech and her Texas teammates so far.

8:15 p.m. – Jana Johns barrels a curveball that Czech kept up in the zone for a double. First sign of trouble for Czech today.

8:11 p.m. – Another misplay by the Longhorns leads to a Sooners player getting on. Washington was on her heels a bit and struggled to reel in a hot shot into shortstop.

But Coleman stretched high over the wall to pull the ball back and keep the Sooners’ deficit at 2. Remarkable stuff!

8:05 p.m. – Coleman makes another impressive grab, stretching high to deny a Mary Iokopo homer. The ball is deep enough for the Longhorns to score another runner, though.

8:01 p.m. – A bit of a fortuitous call for the Longhorns loads the bases. Bella Dayton appeared to break the plane while attempting a bunt on a 3-1 count. Umpire ruled she didn’t go, though.

Longhorns have a real chance to make Oklahoma pay.

7:59 p.m. – Mia Scott takes it opposite field to put two on, no away for the Longhorns. Promising start early for Texas.

7:57 p.m. – After a short delay, Jefferson strokes ball down the middle of the field to get on base.

7:51 p.m. – Freshman Jordy Bahl has the ball for the Sooners. Bahl earned All-American honors and won the National Freshman of the Year award this season.

7:48 p.m. – Czech doing a really nice job early. Coaxed back-to-back pop-ups to end the top half of the inning. Longhorns up to bat now.

7:45 p.m. – The errors continue to pile for the Longhorns. Janae Jefferson unable to cleanly field a weak Tiare Jennings’ grounder. Two on, one out for Grace Lyons.

7:42 p.m. – And Czech gets the strikeout! Czech throws a nasty curveball that drops into the zone and Alo goes down looking. Something you most certainly don’t see everyday from Alo.

7:40 p.m. – Coleman slaps a single into the outfield. One on for Sooners star Jocelyn Alo.

7:38 p.m. – Sophomore Estelle Czech in the circle for the Longhorns. Jayda Coleman up for the Sooners in the top of the first.

7:35 p.m. – A few minutes away from the start of Game 2. Looking like a lively atmosphere out in Oklahoma City.

The game will also be streamed live on the ESPN App and Sling TV.