When Rafael Nadal skipped Masters Cup due to a foot injury 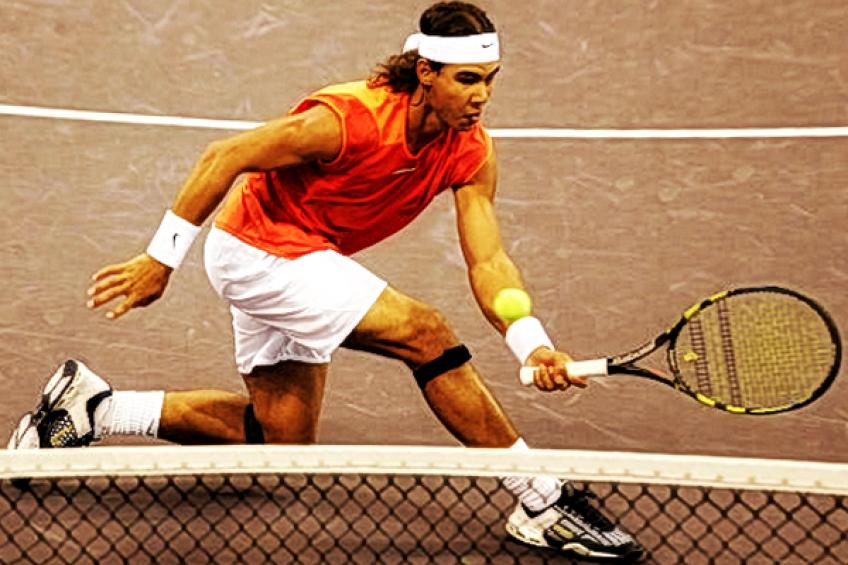 Rafael Nadal has been dealing with a foot injury for almost two decades! The Spaniard has learned to live with it over the years, although it has been bothering him a lot in the last 12 months. Nadal needed injections to endure the efforts at Roland Garros and claim the 22nd Major title, although he is unsure about his future if the pain remains at this level.

Rafa’s left foot troubles started in Madrid 2005 when he broke in that epic final against Ivan Ljubicic. The youngster finished and won the match, although it cost him dearly, as he had to withdraw from his first Masters Cup a couple of weeks later.

Rafa came to Shanghai and hoped his foot would endure the matches and give him a chance to be competitive. Instead, he felt the pain again, and the doctors advised him to skip the event and finish the season. After a titanic battle, Rafa prevailed over Ivan 3-6, 2-6, 6-3, 6-4, 7-6 after three hours and 53 minutes, performing one of his most impressive comebacks in a career and enjoying one of the proudest moments of his young career!

Carried by adrenalin, the Spaniard endured the pain but could barely stand the next day. Ljubicic played on a high level in the opening two sets, dominating serve and return and moving closer to the finish line and the first Masters 1000 title.

Nadal bounced back in the third set and broke Ljubicic in game four to gain a boost. The Spaniard fended off break points in the pivotal moments to secure the set and start his comeback. Ivan lost the edge in those moments, and Rafa broke him in the fourth set’s third game with a forehand winner to boost his confidence.

The home favorite saved a break point in game six and hit a service winner to create a 4-2 gap.

Rafael Nadal broke his foot during the 2005 Madrid Masters final.

Serving for the set at 5-4, Rafa held at 30 to send the exciting match into a decider in front of the partisan Spanish crowd.

A fantastic volley winner gave Ljubicic two break points in the final set’s second game, and he moved in front after Nadal’s terrible backhand. The Spaniard broke back immediately after Ivan’s double fault, and they stayed neck and neck until the tie break.

Nadal opened a 3-0 lead with a beautiful forehand crosscourt winner and served well to open a 5-2 gap. Rafa grabbed another mini-break after Ivan’s tired forehand for three match points. A teenager converted the first to fall to the ground in disbelief, starting a massive celebration of what has been one of his most notable victories.

“I felt the pain during the third set of the Madrid Masters final. After the match, my foot had inflammation, and I could not practice for a week. I returned to the court for light practice, but I had to stop as I struggled to move.

I came to Shanghai with the pain in my foot, hoping for regular improvements ahead of the tournament. There were no any, and I felt the pain again yesterday. I went to the hospital for some tests, and the doctors advised me to skip the Masters Cup.

I’m very disappointed; it’s my first Masters Cup, and I was excited to play. I can not tell you much about the Australian Open now, as I need more tests. Many players from the top are injured, and the schedule is very challenging.

Maybe we need to change some things, but that does not depend on me. I have won many matches this year, but I can not play every week, especially not on the highest level,” Rafael Nadal said.