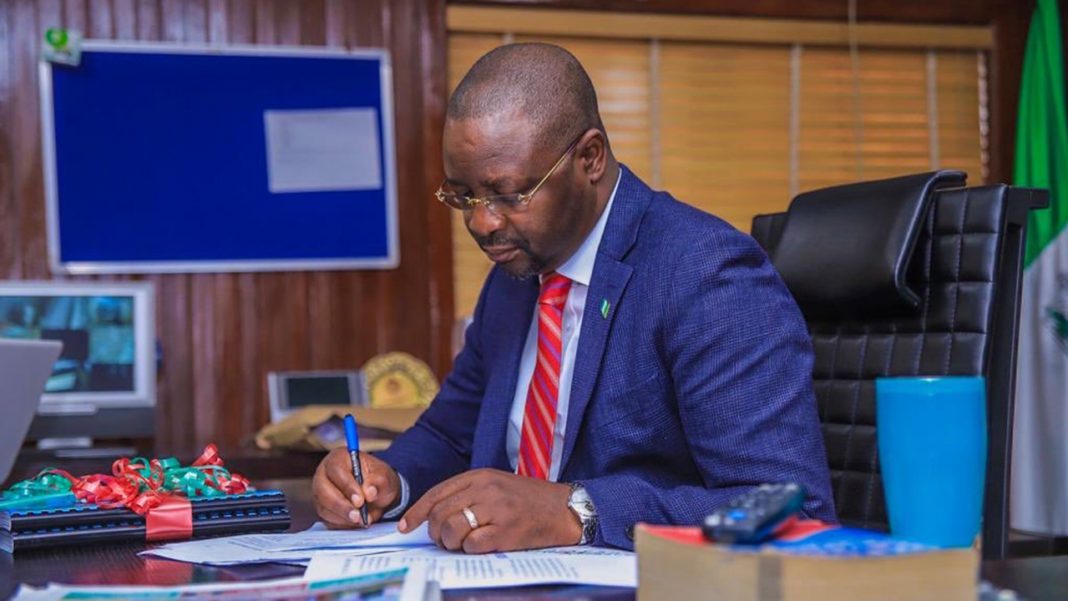 Minister for Youths and Sports Development, Sunday Dare, has expressed satisfaction with the level of preparedness by Delta State government to host the National Sports Festival scheduled for November, 2022.

Speaking shortly after the inspection, Dare said he was in Asaba “to look at what was on ground and know where efforts would be intensified for us to be able to achieve the goal and objectives concerning the game.”

He added: “I am satisfied with the level of readiness. If you sustained the tempo, you will be able to accomplish the responsibilities assigned to you within the approve time frame,” Dare stated.

While urging the state government to do everything possible to make the sports Festival the best ever, he said: “Sustaining the tempo will make you stand to register your name in goals for other States to emulate.”

The Chairman, Delta State Sports Commission, Tonobok Okowa, said: “we will intensified efforts to give the best that all and Sundry would be proud of. So, we are not going to relax until the end of the games.”