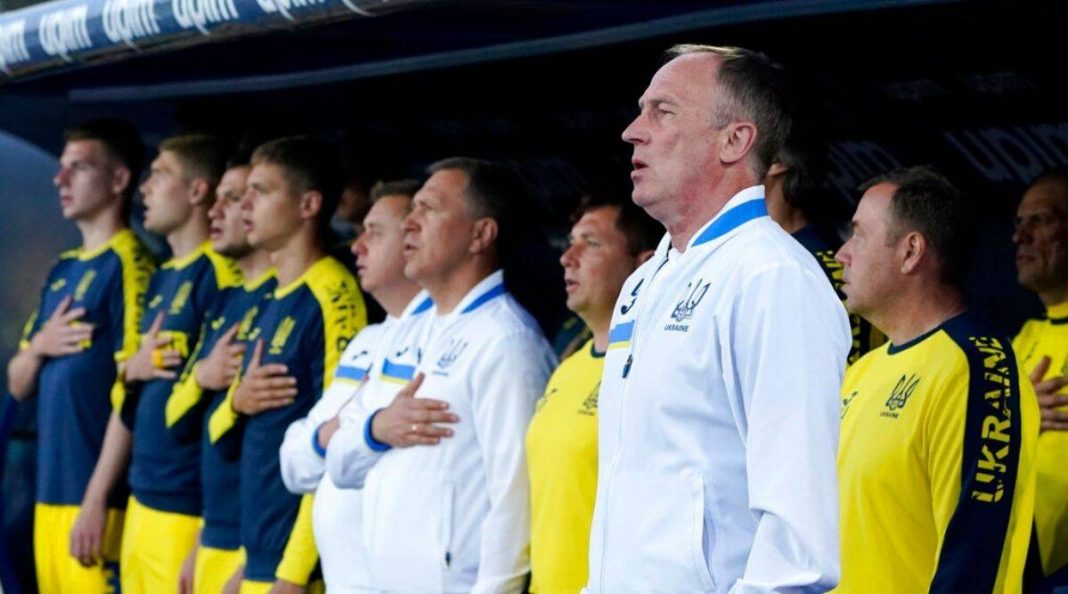 When Ukraine’s unusual path through World Cup qualifying resumes this week, it serves as a rejection of the idea that sports and politics must not mix.

While Russia was thrown out of qualifying over its war in Ukraine, the Ukrainian national team was given several months extra to prepare for the European playoff matches.

Now if Ukraine wins two games this week, a team made up of players who mostly have not played a competitive game for six months because of the war at home will be at the World Cup in Qatar in November.

Ukraine’s players and coach Oleksandr Petrakov have the blessing of President Volodymyr Zelensky to leave their homeland for the game at Scotland on Wednesday, when they will represent Ukraine’s yellow-and-blue colors and anthem in a vivid display of national identity on an international stage. 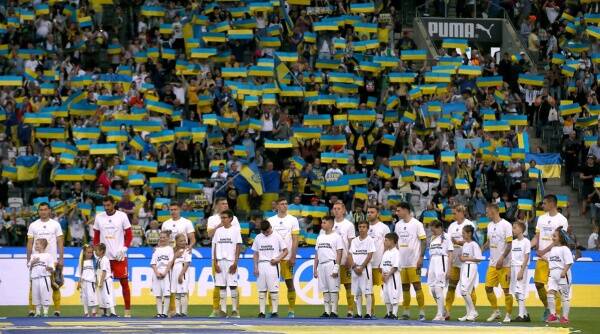 The game was postponed by FIFA in March because Ukraine could not field a team one month after Russian launched its military invasion.

The winner in Glasgow will move on to face Wales on Sunday in Cardiff to decide which team advances to the World Cup and joins a group with England, the United States and Iran.

Midfielder Taras Stepanenko spoke this month of playing with heart and soul to please soldiers who sent messages urging the team to qualify for its first World Cup since 2006.

“The players’ morale is sky-high,” Petrakov said Monday. “There is no need to influence them, to say anything. They are experienced footballers and understand everything perfectly well.” The goodwill toward Ukrainian soccer led FIFA to praise officials in Scotland and Wales for a “strong spirit of solidarity and cooperation” after they agreed to postpone the playoff and help give their opponent a fair chance. All other European places at the World Cup have already been decided.

Taking on Ukraine under these circumstances has left one of Scotland’s greatest players feeling conflicted — even though Graeme Souness captained his country at two World Cups and has waited 24 years since the Tartan Army last qualified.

“I don’t just want Ukraine to qualify, I want them to go there (to Qatar) and win it,” Souness told British daily The Times on Monday. “My emotions when I think about it deeply are that it’s more important than football to send a message that Russia’s behavior is unacceptable.” FIFA already sent a message by suspending Russian teams from its competitions days after the war started, effectively banning Russia from the World Cup.

Russia was due in March to play a European playoff against Poland, and then either Sweden or the Czech Republic. All three nations refused to play Russia — a political boycott unprecedented in modern soccer that FIFA endorsed and the Court of Arbitration for Sport allowed to stand.

The raw anger toward Russia was shown by Ukraine star Oleksandr Zinchenko in a barbed post on social media when the war started. The Manchester City defender posted a photograph of Russian President Vladimir Putin with the text: “I hope you die the most painful suffering death.” After Zinchenko helped Man City win the Premier League title on the final day of the season, he tied a Ukraine flag to the trophy on the field.

“I want to die for these people, for all this support,” Zinchenko said of his home country. “Because what people gave me, what they have done for me during all this period, the toughest period of my life, I am so appreciative and I will never forget this.” This passion is coming to Scotland, with togetherness forged at a month-long training camp in the safety of Slovenia for players from Ukrainian clubs like Shakhtar Donetsk and Dynamo Kyiv.

The camp was hosted by the home soccer federation of UEFA president Aleksander Ceferin, with warm-up games arranged against clubs in Germany, Italy and Croatia.

Petrakov was with them after his offer to join the Territorial Defense Forces was turned down. Ukraine needed him more to guide its soccer team to the World Cup.