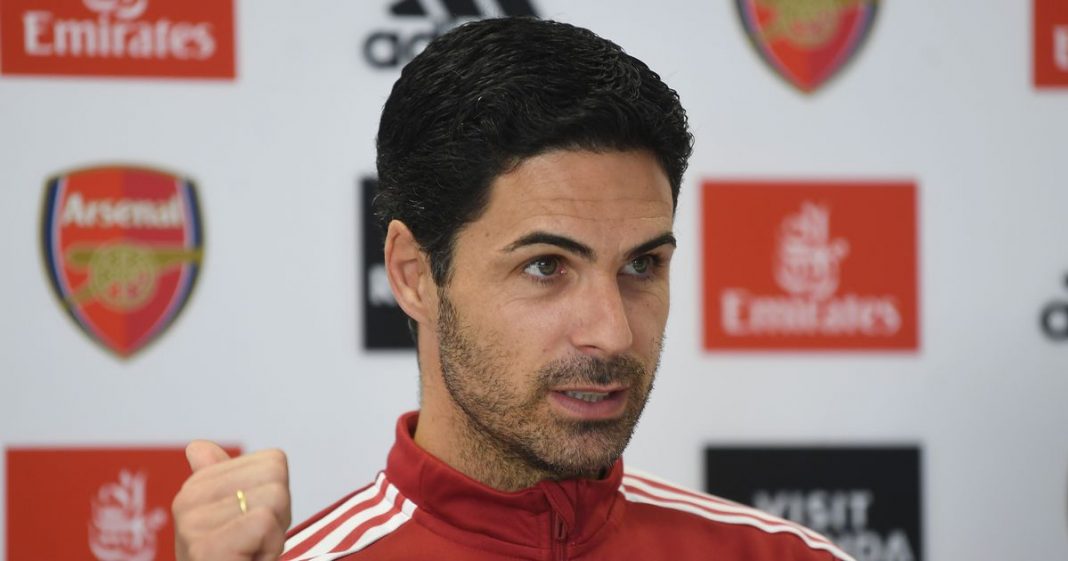 Arsenal manager Mikel Arteta will be after reinforcements this summer (

Arsenal manager Mikel Arteta will be desperate to add more depth to his squad this summer after his team finished two points short of a Champions League spot.

Gunners fans want to see their team return to Europe’s biggest competition for the first time in seven years in May 2023, as well as finish above bitter rivals Tottenham. Yet they’ve got little chance of achieving that if they don’t bring in reinforcements.

In particular, Arsenal’s lack of strikers is a real worry for Arteta. They’ve got just two on the books – Alexandre Lacazette and Eddie Nketiah – and they’re both out of contract next month as things stand, although the latter is expected to sign a new contract. Here, Mirror Football takes a look at who the Gunners are linked with – including an update on their striker shortlist.

Arsenal have prepared a four-man striker shortlist, according to the Evening Standard.

The four players are believed to be Darwin Nunez, Dominic Calvert-Lewin, Jonathan David and Tammy Abraham. Nunez, 22, has scored 34 goals in 41 games for Benfica this term and has been linked with Manchester United among other clubs. He’s valued at €100million (£85m).

Calvert-Lewin, 25, is a long-term target for the Gunners after scoring 21 goals in 39 games for Everton in 2020-21. A serious thigh injury has restricted the England international to just 18 appearances in all competitions this season, yet he remains a highly-rated forward.

David, 22, has been in blistering form for Lille this campaign, finding the back of the net 19 times in all competitions. The 30-cap Canada international inspired his country to World Cup qualification and was part of the Lille side that won Ligue 1 in 2020-21.

Last but by no means least, Abraham has a good record in England – scoring 15 Premier League goals for Chelsea in 2019-20. The 24-year-old has just fired Roma to Europa Conference League glory, scoring 27 goals in all competitions this season.

Arsenal are reportedly close to agreeing a new contract with Nketiah, although Arteta will remain concerned until they bring in an established centre-forward.

Gunner give him away?

Nicolas Pepe is expected to leave Arsenal this summer
(

Who should Arsenal sign this summer? Let us know in the comments below!

Arsenal have offered Paris Saint-Germain the chance to sign Nicolas Pepe this summer, according to French outlet Foot Mercato.

The Gunners signed Pepe from Lille for £72m in the summer of 2019, but he’s failed to live up to his billing. The 26-year-old has scored just three goals in 26 appearances this season, with the likes of Gabriel Martinelli and Emile Smith Rowe often picked ahead of him.

It’s unlikely Arsenal will recuperate their outlay, although there’s a chance PSG will agree to bring Pepe back to France. The club’s new sporting director Luis Campos worked with the Ivory Coast international at Lille, where he scored 37 goals in 80 games.

Daniel Ballard could permanently leave Arsenal in the coming weeks
(

Arsenal defender Daniel Ballard is a transfer target for several Championship clubs, according to the Evening Standard.

The 13-cap Northern Ireland international, 22, is yet to make his Gunners debut but has impressed on loan at Millwall this season, making 31 Championship appearances. He’s previously spent time on loan at Swindon Town and Blackpool.

Ballard still has two years remaining on his existing deal but it’s believed Arsenal will let him leave the club permanently this summer if the right offer is made. Millwall want to re-sign the talent – but QPR, Sheffield United, Burnley, Cardiff and Stoke are also interested.