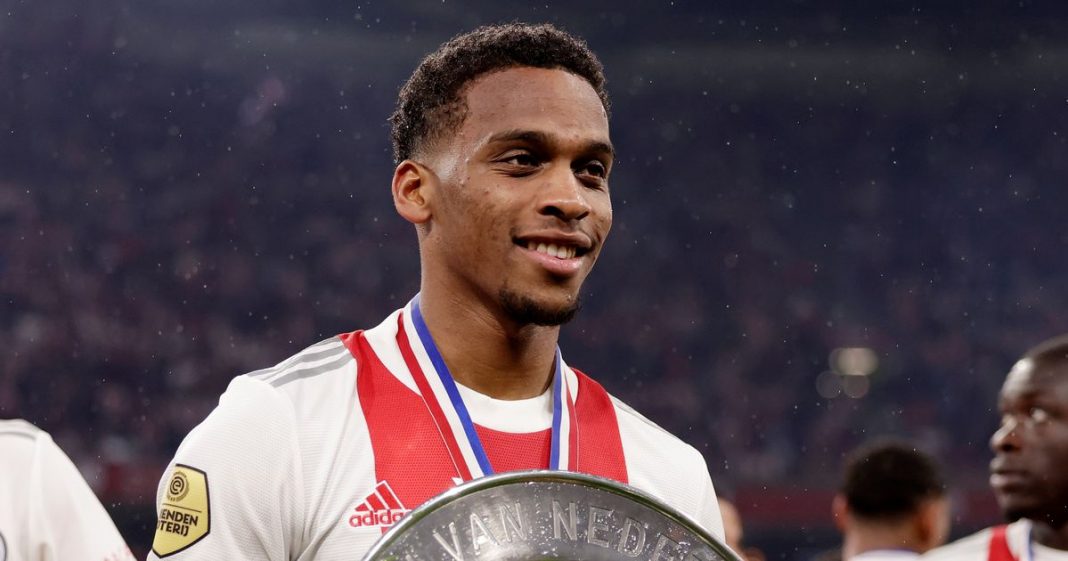 Erik ten Hag has taken centre stage this week after finally making his long-awaited entrance to Man Utd following his appointment as the club’s new manager, and the excitement is beginning to build

Manchester United could be set for one of their biggest ever transitional seasons as a whole host of players are set to be let go by the club, while a new era is due to begin under former Ajax manager Erik ten Hag, following the club’s worst season in Premier League history.

And so far this week, it has been revealed that the Red Devils have ‘discussed’ the possibility of a transfer for Ajax defender Jurrien Timber, who could follow his former manager to the Theatre of Dreams, while the Dutchman has supposedly given the green light for the transfer of Villarreal’s Pau Torres.

Erik ten Hag has finally arrived at Manchester United following the end of the season and Ralf Rangnick’s reign as interim manager, as he looks to make an early start on preparations for next season by getting down to business as soon as possible before flying away on holiday later this week.

And it has been revealed that the signing of Ten Hag’s former player and Ajax star Jurrien Timber has already been ‘discussed’ this week, as the Red Devils set about getting their transfer dealings done early this year in order to avoid the risk of losing out on top targets.

That is according to football transfer specialist Fabrizio Romano, as Man Utd look to get the ball rolling with their defensive acquisitions this summer. Timber has impressed for Ajax this season as they won yet another league title, and he could now follow his former manager to Old Trafford.

Should Erik ten Hag look to raid his former club this summer? Let us know your thoughts in the comments section below.

United remain on the hunt for a new defender this summer and following reports that the Red Devils are ready to approach Villarreal for Pau Torres this summer, it has now been revealed that Ten Hag has approved the transfer as he looks to bolster his squad.

According to 90min , Ten Hag has given his seal of approval to sign the Spanish international ahead of the next campaign, as United look to improve their current options in the heart of the defence while providing more competition for Harry Maguire and Raphael Varane.

Torres has built up an impressive reputation this season after helping to guide Villarreal to a famous Champions League semi-final run under Unai Emery, in which they knocked out the likes of Juventus and Bayern Munich to reach the final four. However, the centre back has expressed his desire to play in Europe’s elite competition, of which United cannot offer.

Marcus Rashford looks set to remain at Old Trafford this summer despite reports linking him with a move away from his boyhood club following a poor campaign in front of goal, as he remains determined to reignite his career under Ten Hag.

According to the Telegraph , Rashford wants to prove himself to the Dutchman and get back to his best next season, with aims to break back into Gareth Southgate’s England squad ahead of the 2022 FIFA World Cup in November.

The 24-year-old recorded just five goals and two assists in 32 appearances in all competitions this season, having netted double figures in each of his last five campaigns, including more than 20 in the previous two.