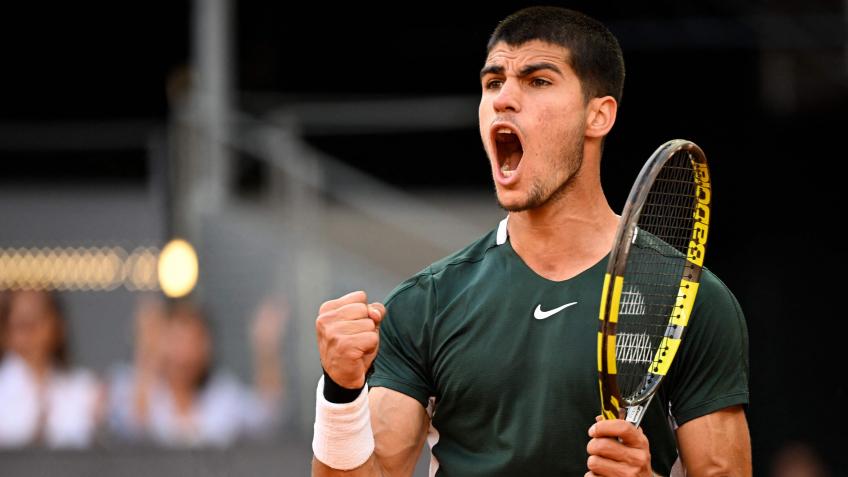 World No. 6 Carlos Alcaraz admitted he felt tired after surviving a thriller versus Albert Ramos-Vinolas and added he expected a very tough match. In the French Open second round, Alcaraz saved a match point en route to edging out Ramos-Vinolas 6-1 6-7 (7) 5-7 7-6 (2) 6-4.

In the fourth set, Ramos-Vinolas broke Alcaraz in the ninth game to open a 5-4 lead. In the following game, Alcaraz saved a match point and forced a tie-break, which he won to send the match into a decider. Ramos-Vinolas started the fifth set with an early 3-0 lead but Alcaraz responded by winning six of the next seven games.

“I feel tired,” Alcaraz said in his on-court interview, per the ATP website.

“It has been a great battle against Albert. I knew that it was going to be a great match, tough match. We fought until the last point. I’m so happy with the performance today.” Meanwhile, ninth-ranked Felix Auger-Aliassime reached the third round without any drama.

Auger-Aliassime, who has reached at least the quarterfinal in each of the past three Grand Slams, saw off Camilo Ugo Carabelli 6-0 6-3 6-4. “It was a better start than my first round, for sure,” Auger-Aliassime said after the match.

“I think that gave me confidence that if I kept going this way and won my service games and stayed aggressive and tried to dominate, I would give myself a good chance to win in straight sets. “Today there were positives, and there were things that didn’t satisfy me, but in the end, I was able to win all my service games, so that’s already a very good point.

Then I won in three straight sets. That’s what I wanted today, and that’s what was most important.” Alcaraz plays Sebastian Korda next, while Auger-Aliassime plays Filip Krajinovic.