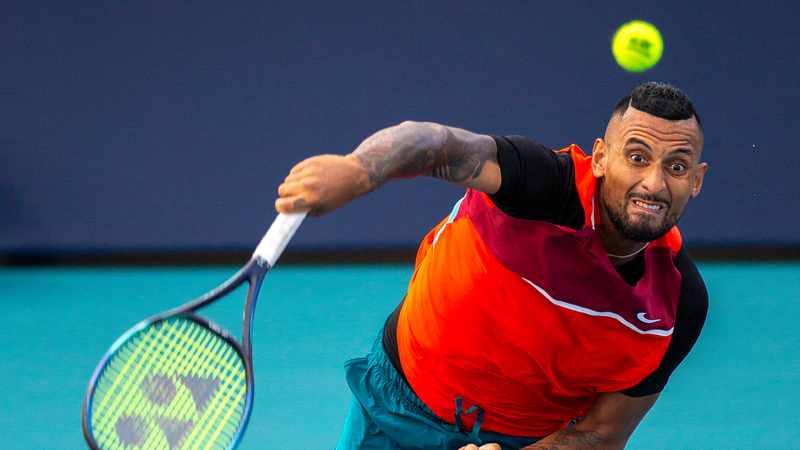 Sydney – Nick Kyrgios branded fellow tennis player Bernard Tomic “the most hated athlete in Australia” as a feud between the pair reignited on Thursday.

The two used to be friends but fell out years ago and have since periodically taken potshots at each other.

Their bickering exploded again with Tomic late Wednesday saying he was Kyrgios’ “idol” when both players made their way through the tennis ranks as youngsters.

“He’s always been in my shadow growing up,” said the 29-year-old Tomic, whose game has collapsed in recent years after a series of controversies and is now ranked 418th in the world.

“That’s why any time someone mentions my name to him, it gets under his skin.

It followed Kyrgios, 27, telling Tomic to “quiet down” while boasting that he had “more money, more wins” than his compatriot.

“HAHA TOMIC let’s not forget the time I paid for your flight home from Shanghai because you had no money,” Kyrgios, whose talent has been undermined by a string of on-court transgressions, said.

“Hahahaha rewrite history, you are the most HATED athlete in Australia. You are right, no one can take over that.”

Kyrgios then posted a screenshot of Tomic’s recent results, adding: “Bernard, I didn’t realise it was this bad.

“Hit me up if you need me to help you remember how to play. Geezus.”

Neither player is at the French Open in Paris but both are looking to contest next month’s Wimbledon.

Despite some notable results the duo are widely seen to have failed to live up to their full potential, struggling to keep their motivation and focus on tennis.