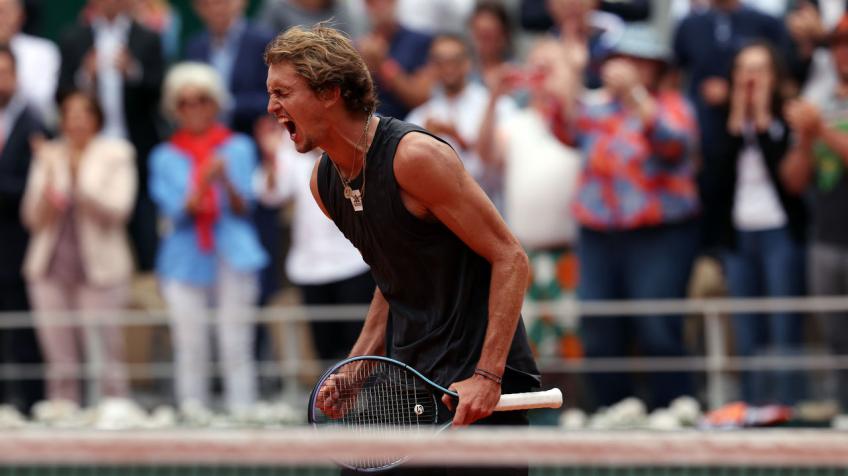 German tennis star Alexander Zverev spoke extremely highly of Sebastian Baez following their French Open meeting, saying that the Argentine will be a great player in the future. Third-seeded Zverev was on the brink of suffering a shock second round defeat but he was able to recover and collect a 2-6 4-6 6-1 6-2 7-5.

At 5-4 in the fifth set, Baez had a match point on Zverev’s serve. Zverev was able to get through that game – level the set to five games apiece – and then claim a key break in the 11th game. “You always get better from it and I wish him nothing but the best.

He’s an unbelievably great kid, and he’s going to do a lot of great things in this sport I think,” Zverev said, per the ATP website.

On the match point, Zverev served on Baez’s forehand and it paid off as the Argentine couldn’t return the serve.

“I think that the forehand, even with the best players, is maybe the shot that gets a little bit more tight,” Zverev explained. “If I serve with 210km to the forehand there is a bigger chance he will miss it on match point.

He did, it worked out well”. After suffering a heartbreaking five-set defeat and falling just short of clinching the biggest victory of his career, Baez admitted he had chances in the decider but just failed to convert them.

“It was a tough match today,” Baez said. “I think I had many chances in the five sets, but Alexander is a good player and in the difficult moments he played maybe better than me. So I have to learn a lot of things [for] the future [from] this match.

This is the best part, and I try to say to my coach. Maybe it’s hard, but sometimes this is for learning and to be better in the future.”