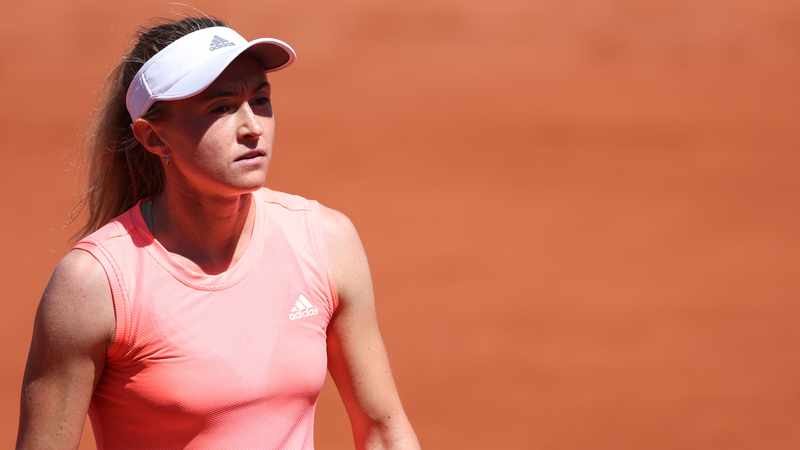 Paris — Belarus tennis star Aliaksandra Sasnovich may be banned from Wimbledon but she insisted on Wednesday that she opposed the ongoing war in Ukraine and supports players from the embattled country “100%”.

Belarusian players such as Sasnovich, compatriot and former world number one Victoria Azarenka, as well as a host of Russians including men’s world number two Daniil Medvedev, were declared persona non grata by Wimbledon in response to the invasion of Ukraine.

“I wanted to play Wimbledon so much, it’s one of my favourite tournaments but I respect the decision,” the 28-year-old told AFP at the French Open.

“Normally, I speak with some of the Ukraine players. We are not friends, we are just colleagues but I support them 100%.

“I want the war to finish as soon as possible. I don’t support the war and am against the violence. I just want peace.”

Sasnovich also said she “respects” the controversial decision of the ATP and WTA to strip Wimbledon of ranking points.

That move has prompted a number of players, including former world number one and four-time Grand Slam title winner Naomi Osaka, to consider withdrawing from Wimbledon which starts on June 27.

Wimbledon chiefs said the ATP and WTA decision was “disproportionate”.

“I’m sorry for Russia and Russians, but they are the ones causing all the trouble,” he said.

Sasnovich said she talks to Ukrainian players in the locker room.

“I ask them how they feel. We talk about the war a little bit,” added the world number 47 from Minsk.

“They have families there. It’s a very bad situation for them. We try to live our lives and find the positives. These are tough times.

“I would have no problem if I had to play against a player from Ukraine.”

On Wednesday, Sasnovich made the third round of the French Open for the first time by stunning US Open champion and 12th seed Emma Raducanu 3-6, 6-1, 6-1.

It was her second successive victory over the British 19-year-old, having also come out on top at Indian Wells in 2021 in Raducanu’s first match since her shock New York victory.

The Belarusian is familiar with Grand Slam shocks.

Last year at Wimbledon, she came out on top against Serena Williams when the American was forced to retire injured from their match.

“I hope I don’t become the last player to have beat her at Wimbledon,” said Sasnovich.

“She is a great champion and I want to see her back.”