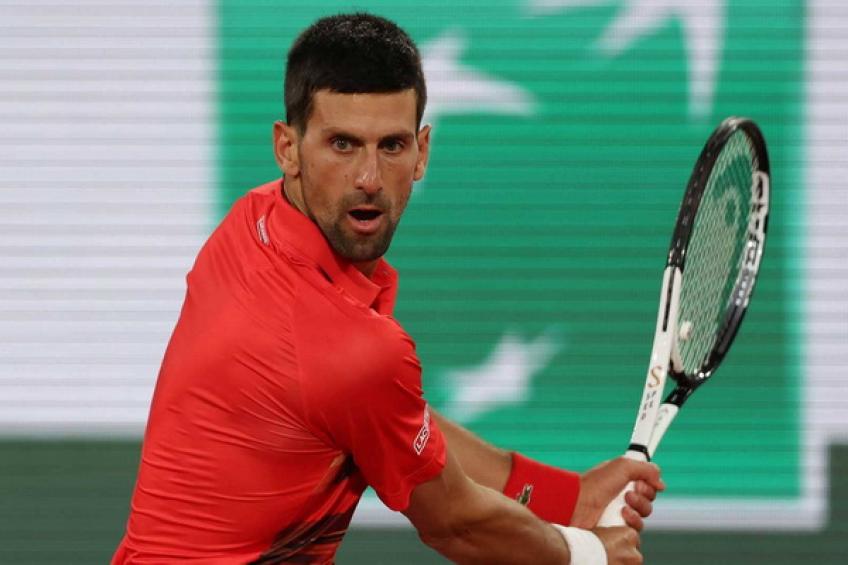 The defending champion Novak Djokovic made a winning start at Roland Garros, beating Yoshihito Nishioka 6-3, 6-1, 6-0 in an hour and 58 minutes. Novak was too strong on Court Philippe-Chatrier, continuing where he left in Rome and toppling the opponent on serve and return to sail into the next round.

Djokovic looked determined to find his A-game right from the first match, playing with motivation and showing emotions from the opening games. Tim Henman was pleased with the Serb’s performance and attitude on the court, saying Novak looks resolute to leave the Australian Open fiasco behind him and chase the 21st Major crown in Paris.

Novak defended five out of six break points and grabbed 57% of the return points, enough to deliver eight breaks from 18 opportunities. Nishioka stayed in touch in the opener before Djokovic shifted into a higher gear in sets two and three to emerge at the top in under two hours.

Novak defended three break points in the encounter’s first game to avoid an early setback. Yoshihito also made a good start and held in game four with a rare ace. Djokovic created a break chance in game six and seized it after Nishioka’s double fault to forge a 4-2 advantage.

The Japanese saved a set point on serve at 2-5 to reduce the deficit and extend the set. The Serb closed the opener with a hold at 15 in game nine after a service winner for 6-3 in 50 minutes.

Novak Djokovic made a convincing start at Roland Garros.

With a boost on his side, Novak broke his rival three times in the second set and opened a 5-0 gap with a deep return.

Nishioka pulled one break back in game six after Djokovic’s forehand drive-volley mistake to avoid a bagel. Novak remained perfect on the return in this part of the match and grabbed it after the rival’s drop shot error in game seven for 6-3, 6-1 in an hour and 26 minutes.

Djokovic missed a bagel in the second set, but he delivered it in the third following another rock-solid performance. He toppled Nishioka in half an hour to seal the deal and advance into the second round in style. “Novak’s performance was one thing, his ball-striking and the consistency on serve.

But I was surprised by his attitude; he was so pumped up. There was a lot of fist-pumping, the screaming and shouting for a first-round match at a Major, especially when you are a 20-time Major winner. It could reflect what happened in Australia, where he did not get a chance to play.

Paris is Novak’s next opportunity to claim the 21st trophy, and he is pumped up. He was motivated, focused and fired up to play at his best and get the job done; that’s what he did, and he is trending in the right direction. It was a complete performance, with good movement, hitting and serving. Novak steamrolled Nishioka,” Tim Henman said.