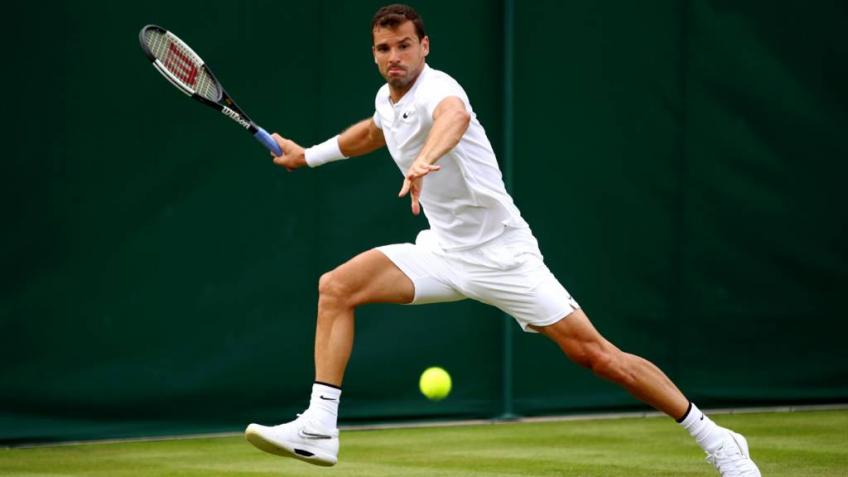 Former world No. 3 Grigor Dimitrov has revealed that he is still thinking of playing at Wimbledon despite the sanction the ATP imposed on The Championships. Last month, Wimbledon banned Russian and Belarusian players from competing at The All England Club.

The ATP responded by removing ranking points from 2022 Wimbledon. Wimbledon now faces a difficult situation as there are fears top players might decide to boycott Wimbledon. Wimbledon is a place where Dimitrov has had certain success as in 2014 he reached the semifinal, before losing to Novak Djokovic.

“I love the grass, so I think despite the situation, I’m still thinking of doing it,” Dimitrov said, per Sportskeeda. “What can I say? Listen, it’s a tough go from whatever perspective you see it. For me personally it’s just tough, because we all, I think a lot of players in the locker room speak of always having that equal field and all that, but listen, those are the circumstances.”

“There is not much else to do right now, at least from our, I mean, from our point stand of view. If there is something else to be done, we will hear I think more, but for now, that’s what it is.”

When Dimitrov was asked to compare a 21-year-old Dimitrov to a 31-year-old Dimitrov, he gave an interesting answer. “I was so excited to get to 30, for some reason. I don’t know why, but it’s not that big of a difference, to be honest, as long as the body is holding up good, that’s all I care about,” Dimitrov said.

Dimitrov is slowly entering the final phase of his career and time is running out for him to achieve his dream of winning a Grand Slam. Dimitrov has had deep Grand Slam runs throughout his career but he has yet to win a Grand Slam or even reach a Grand Slam final.