‘After all the things that happened the last couple of months…’ 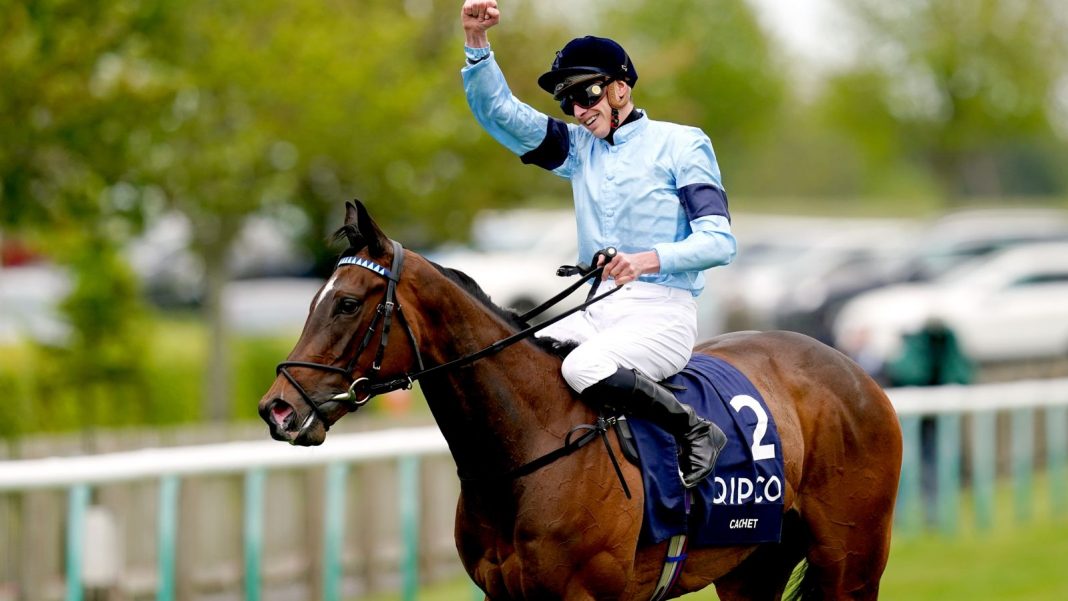 Classic-winning connections of Cachet will bid for more success on Monday when Believing runs at Wolverhampton, live on Sky Sports Racing.

The two-year-old could book a ticket to Royal Ascot with success in the six-furlong fillies’ novice heat (2:40), with George Boughey, James Doyle and Highclere teaming up again following their stable star’s 1000 Guineas victory at Newmarket.

Believing – a Mehmas filly – faces four rivals, including debutants from the Archie Watson yard and the Charlie & Mark Johnston stable.

In the following race, Sky Sports Racing ambassador Hollie Doyle bids for a third success in as many starts on Autonomy in the At The Races App Form Study Handicap (3:10).

The Philip Kirby-trained six-year-old looks to have an excellent chance, taking on four opponents including last time out winner Lopes Dancer.

Another for the in-form Boughey team, the three-year-old will be looking to shake up Rum Cocktail, who was a fast-finishing second last time out at Bath.

Other hopes in the race in the classy 99-rated Papa Don’t Preach and James Tate’s High Velocity.

In-form trainer Jonathan Portman has had five winners from his last 19 runners and saddles Sweet Reward in the Fitzdares Handicap (7:10).

He was last seen finishing a long way behind the impressive Silver Gunn over course and distance last time out but could well improve in this heat.

Oh It’s Saucepot looks like the main threat on paper having won or placed in three of his six starts at Windsor for the Chris Wall team, with Jack Mitchell doing the steering.

Watch all the action from Wolverhampton and Windsor live only on Sky Sports Racing (Sky 415 | Virgin 535) on Monday May 23.