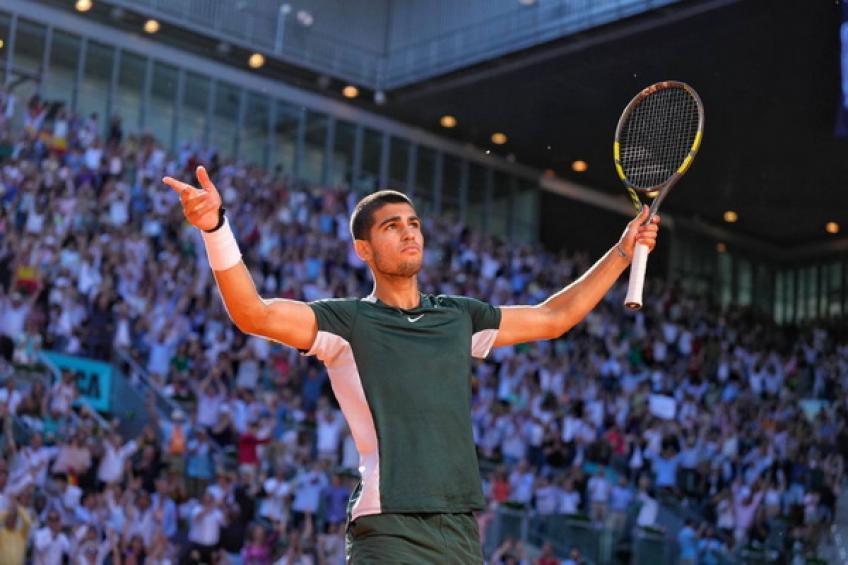 World No. 6 Carlos Alcaraz admitted he felt the nerves at the start of his French Open first round match but was glad that he was able to kick off his campaign with a straight-set victory. Sixth-seeded Alcaraz made an easy work of Juan Ignacio Londero on Sunday as he saw off the Argentine 6-4 6-2 6-0.

For the first time in his career, Alcaraz entered a Grand Slam tournament as a top favorite for the title. The pressure and expectation is on Alcaraz to deliver this fortnight but he is ready for the challenge. “It was difficult at the beginning, but it’s always special to play in such a great stadium, a great court.

I’m really happy with the performance in my first match in Philippe Chatrier, and hope to play more matches [on] this court,” Alcaraz said, per the ATP Tour website.

Alcaraz focused on the tournament

[I] just focus on what I have to improve, what I have to do [in] the matches, what I have to do… every day to be ready in the tournament,” Alcaraz said. Alcaraz has won three clay titles this year and he is hoping to cap off his clay season with a maiden Grand Slam title at the French Open.