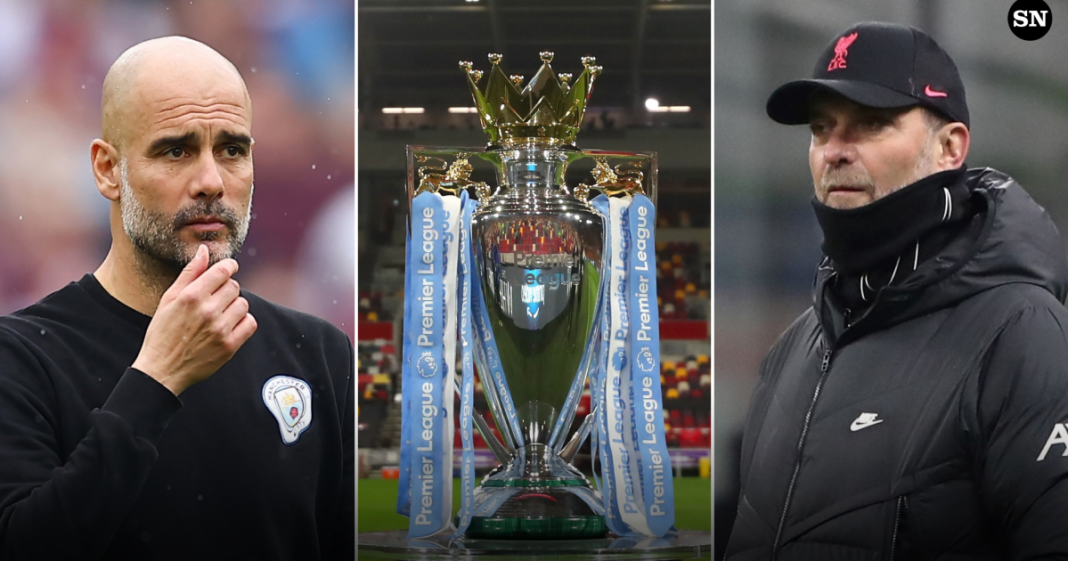 The Premier League title race will be decided on the final day for the first time in three seasons this weekend, when Manchester City and Liverpool will contest the destiny of the trophy in matches watched by a vast global TV audience.

Tottenham Hotspur have the upper hand over Arsenal for Champions League qualification and Manchester United could be in the UEFA Europa Conference League if West Ham United usurp their UEFA Europa League spot.

Three-time top-flight champions Leeds United will be among the sides battling to avoid relegation to the Championship, and there is something at stake for every team because of the £2.2 million ($2.7 million) increase in prize money per place in the final table.

Who’s playing who? How can you watch it? Here’s what you need to know ahead of the end of the 2021-22 campaign.

Most eyes will be on the Etihad Stadium and Anfield on the final day. Reigning champions City will retain the title with a win over Aston Villa, but defeat to former Liverpool captain Steven Gerrard’s team would allow the Reds to overtake them by beating Wolves.

Tottenham will secure a return to the Champions League for the first time in three seasons with a point at relegated Norwich City, although a surprise win for the doomed Canaries would allow Arsenal to step in if they beat Everton at home.

West Ham need to win at Brighton and hope United drop points at Crystal Palace if they are to beat the Red Devils to sixth.

Among the teams battling relegation, Burnley host Newcastle United and Leeds travel to Brentford. All games kick off at 4 p.m. BST / 11 a.m. ET on May 22, or 1 a.m. AEST on May 23.

Is the Premier League final day on TV in the UK?

Viewers in the UK will be able to watch the final day of the 2021/22 Premier League season on Sky Sports.

The broadcaster has confirmed that it will be screening Manchester City and Liverpool’s closing fixtures live.

How to watch Premier League final day in USA

Premier League matches are broadcast in the USA across NBCUniversal networks (NBC, USA Network, Telemundo and Universo) and its Peacock streaming service. NBCSN was shut down beginning Jan. 1, 2022 and USA Network is the new TV home of the Premier League.

Premier League games on NBC and USA Network will be streamed on NBCSports.com and the NBC Sports app for authenticated cable, satellite and telco subscribers.

Televised matches can also be streamed live on fuboTV, which offers a free trial for new users.

How to watch Premier League final day in Canada

The broadcaster will be showing the action from the final day of the campaign. A subscription to DAZN costs $20 CAD a month or $150 CAD a year.