Arsenal star reacts to being stripped of shirt number 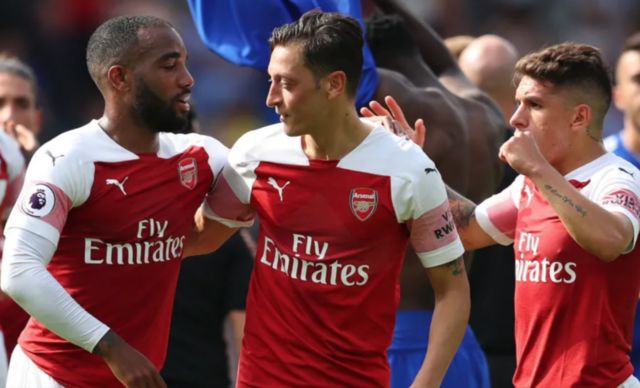 Arsenal midfielder Lucas Torreira has reacted on Instagram after Gabriel Martinelli was given the number eleven shirt for next season.

Torreira is currently on loan at Fiorentina from Arsenal, where he could complete a permanent transfer in the summer. According to Tutto Mercato Web, Torreira is close to agreeing a deal to sign for the Italian club, if they can agree on wages.

Martinelli was recently announced as Arsenal’s new number eleven for next season, as seen in the Instagram post below.

Torreira previously wore the shirt during his time at Arsenal, and he left a comment underneath the post, questioning what number he would wear next year.

Torreira followed his question up with some love and respect for his former teammate, and the comment seems to have been made in jest, rather than a dig at the club.

The Fiorentina midfielder must understand his time at the club is over, and the time has come for Martinelli to take over his shirt number.

If Torreira does end up staying at Arsenal, it’s unlikely that he will be a regular in the starting eleven, so offering Martinelli his preferred number makes sense.