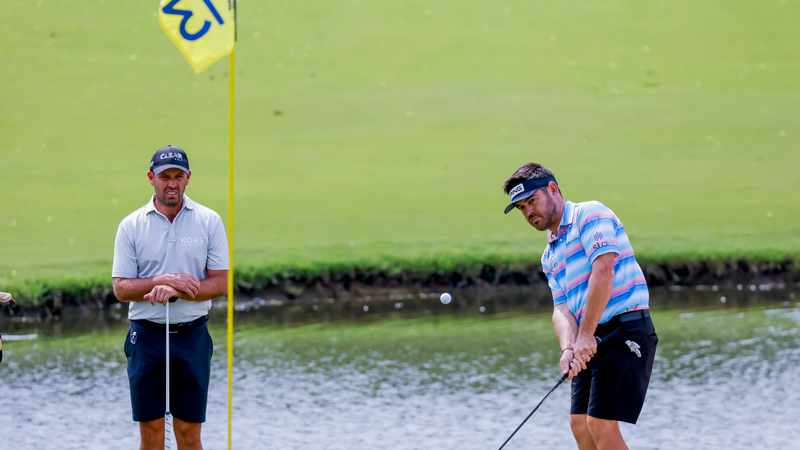 Centurion – As the PGA Championship begins at Southern Hills Country Club, in Oklahoma, on Thursday, it surely will be time that the 10-year major drought for South Africa comes to an end.

When Ernie Els produced a shock, come-from-behind, performance to win The Open at Royal Lytham & St Annes in 2012, it meant SA players had won majors in three consecutive years. Add in Trevor Immelman’s victory at The Masters in 2008, and South Africa had produced four different major champions in five years. Since then, of course, there have been no further major wins for SA.

Two of those major champions will be in the field this week, with Louis Oosthuizen leading the SA charge and Charl Schwartzel in resurgent form.

Since Oosthuizen won the 2010 Open Championship at St Andrews, he has notched up another six runner-up finishes in the majors. That includes a ‘full bag’ of seconds at every major. Since the Big Easy’s victory in 2012, Oosthuizen – now aged 39 – has been SA’s best bet in the majors.

However, Oosthuizen’s last tournament was at The Masters in April, when he was forced to withdraw after the first round with an undisclosed injury. In November last year, Oosthuizen was out of action for two months with a lower back injury. It remains to be seen then, if Oosthuizen is healthy and what kind of state his game is in.

Schwartzel, who won the 2011 Masters, has had his struggles over the last couple years that has seen the former world number six drop to 116th in the global rankings. The 37-year-old came into The Masters this year with no form at all, with six missed cuts in a row. That mattered little though, as he produced an encouraging share of 10th to finish as the top South African.

Since then, Schwartzel managed a tie for 54th at the RBC Heritage and an eighth place at the AT&T Byron Nelson last week, with a missed cut in between at the Wells Fargo Championship. Interestingly, Schwartzel is now using a long putter and that might just give him an extra bit of confidence this week.

While Oosthuizen and Schwartzel may be the most fancied players from a SA perspective, they will be joined by nine other representatives from the Rainbow Nation.

Branden Grace has the best major pedigree among the rest of the SA contingent with six top-10s in the 35 big four events he’s competed. Grace, though, has little form to suggest he will be a threat at the PGA with six missed cuts from 11 events in 2022 and a best finish of 33rd.

Christiaan Bezuidenhout is steadily building up his experience as the 27-year-old will be making his 10th appearance in a major. In fact, his tie for 30th at last year’s PGA Championship is his best finish in a major and he will be looking to improve on that record. He has also been quietly consistent this season with just one missed cut in 11 events, and four top-25 finishes.