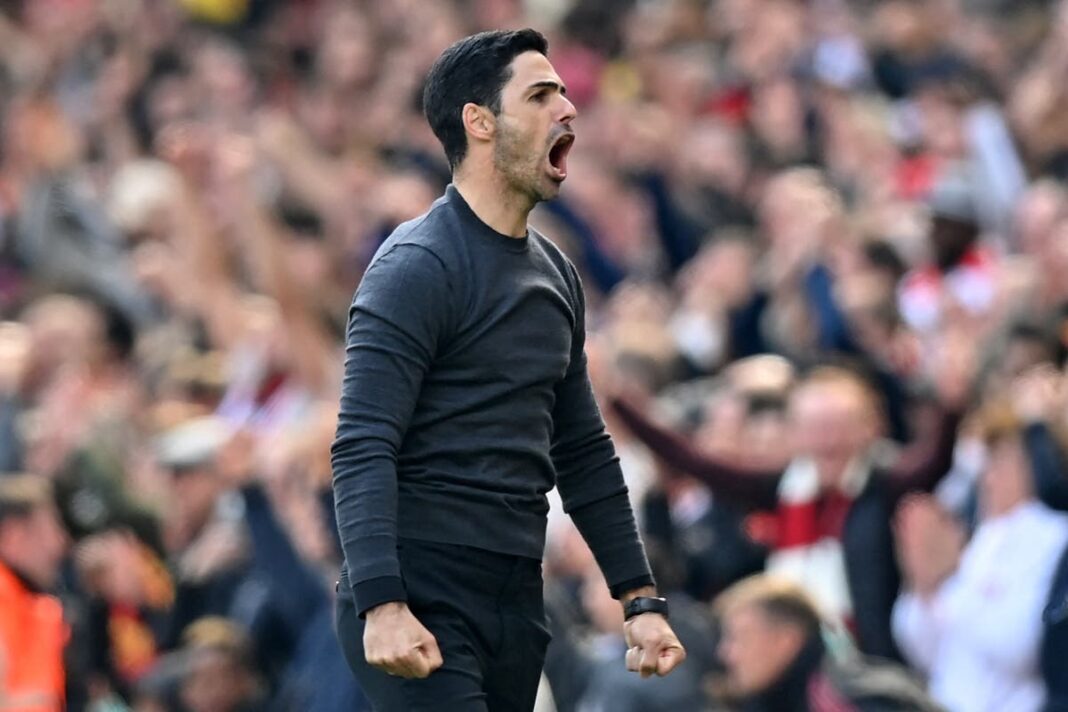 t was Amazon’s fly-on-the-wall documentary at Manchester City during the 2017-18 season that first offered a glimpse of Arsenal boss Mikel Arteta’s streetwise approach to coaching.

Cameras captured Arteta, who was then assistant to Pep Guardiola, giving a team talk in which he asked City players to make tactical fouls to stop counter-attacks. “David (Silva), Kevin (De Bruyne), Gundo (Ilkay Gundogan), make fouls,” he said. “If there is a transition, make a foul.”

That streetwise edge has been missing far too often at Arsenal over the years. But, as they prepare to face Tottenham in tonight’s crunch north London derby, Arteta is turning his young side into experts of football’s dark arts.

Arsenal have not been at their best in recent weeks, but they have learned to win by any means necessary. No more so was that evident than in their last away game, at West Ham, when, leading 2-1 in the final minutes, they used every trick in the book to wind down the clock.

They cleverly won soft free-kicks and, when Declan Rice and Eddie Nketiah squared up to each other, the whole Arsenal team rushed over to create a flashpoint that ate away at valuable seconds in injury time.

It was the latest sign that this Arsenal side is not simply a team of young, talented players, but fierce competitors with an understanding of what it takes to win. “I see another ‘street’,” said Arteta. “I don’t know, there is a sense and a spirit there when they have to do other things on the pitch — and I love that, because at this level it is very necessary.”

That shrewd approach was also evident in the reverse fixture against West Ham in December. Gabriel Martinelli went down with cramp in the final stages, with Arsenal leading 1-0, but, as he lay stricken just off the pitch, his manager ordered him to get up and pushed him back on so he could receive treatment and stop the game. Arsenal eventually won 2-0.

The West Ham bench are not the first to be angered by Arsenal’s approach. Watford have had gripes after both their games this season. During their 3-2 win at Vicarage Road in March, the Gunners scored after Arteta facilitated a quick throw-in by running way out of his technical area to give the ball to Bukayo Saka.

Then, as Arsenal saw out the win, Watford players were incensed when Kieran Tierney fell to the ground after Cucho Hernandez had swiftly given him the ball to take a throw-in. In their 1-0 win over Watford in November, Hornets players were furious when they put the ball out so Ozan Tufan could receive treatment. Arsenal scored from the resulting throw-in.

With Arsenal knowing a draw tonight should be enough to beat Spurs to fourth place, their disruption tactics and game-management will be another fascinating sub-plot. Antonio Conte is himself a master in canny gamesmanship and has used his six months in charge at Spurs to try to add street-smarts to his squad.

As Guardiola’s City have consistently demonstrated, top teams often combine brilliant football with streetwise nous. Both Arsenal and Spurs have long been accused of having a soft underbelly. Under Arteta and Conte, that is no longer the case.