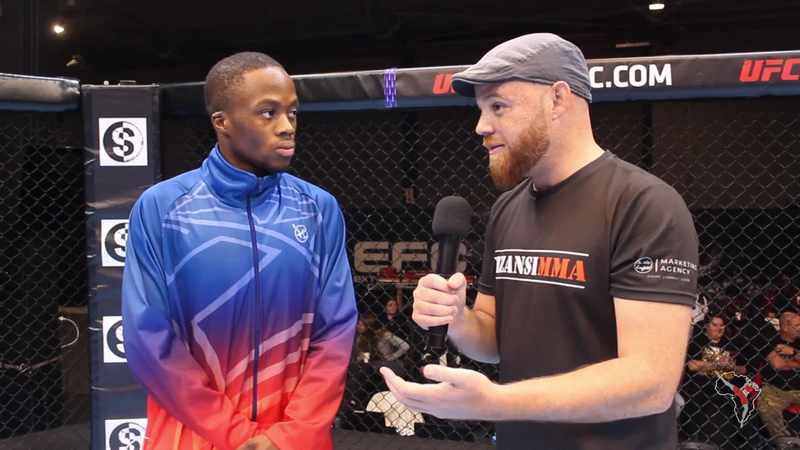 Johannesburg — Team Namibia will be bursting with pride following their showing at this year’s Africa MMA Championships.

South Africa’s neighbours entered the International Mixed Martial Arts Federation-sanctioned tournament for the first time this year, and they proved that this will not be their last appearance.

Entering the tournament with a small contingent of only three fighters, Team Namibia made their nation proud bringing home three medals, one gold, and two bronze.

Their golden boy happens to be an athlete who has never stepped into a cage prior to this weekend’s action.

2022 African featherweight champion Veja Hinda made his debut on day one, fighting his way to three victories at the Extreme Fighting Championship Performance Institute, a feat that left many in shock considering Hinda’s lack of experience.

“My father used to do a bit of boxing, and I did some Muay Thai and kickboxing, like two fights. But this weekend was the first time I’ve ever taken part in a mixed martial arts fight,” says Hinda while speaking to Independent Media.

“I won’t even lie to you, one hundred percent, this is overwhelming,” says the 25-year-old Bachelor of Laws student who is set to graduate soon.

“I just tried to keep myself as calm as possible, going in there, there were a lot of distractions.

“With everybody around me eating burgers, and me having to eat clean to make the weight … I was like, man, ‘I don’t want to do this’.

Hinda’s teammates — Geraldo Bok and Jason Beukes walked away with bronze medals in the lightweight and flyweight divisions, respectively.

All of them train under the tutelage of coach Carlos De Sousa at Sousa Studios in Windhoek.

When Hinda’s hand was raised after his final victory over Nicolaas Vermaak at the EFC PI in Paulshof, Johannesburg, a deep and emotional message was voiced to the crowd: “Namibia is here!”

And that message was well received by mixed martial arts enthusiasts from across Africa, from Angola to Mauritius.

This report is sponsored by the Capital Hotel and Apartments