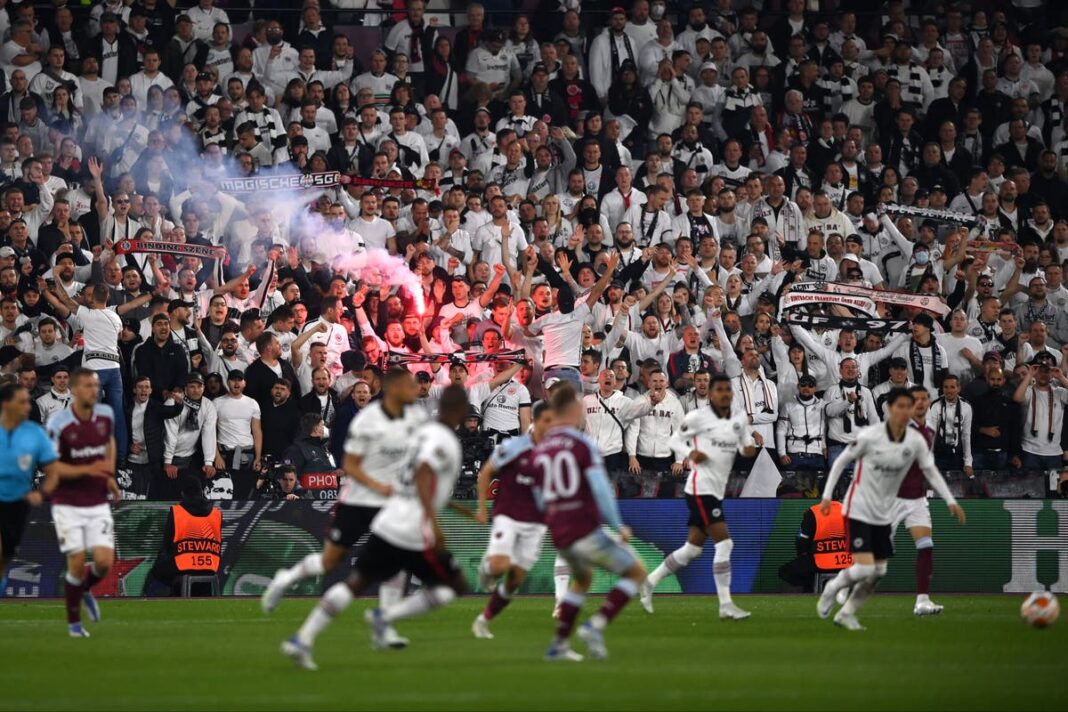 olice in Frankfurt have promised a ramped up security presence to ensure Thursday night’s Europa League semi-final against West Ham goes off without any trouble.

The Hammers travel to Germany for one of the biggest games in the club’s history, trailing 2-1 from the first leg.

The two groups of fans clashed in Seville earlier this season when Eintracht Ultras targeted West Ham supporters in a bar after their side had played Real Betis in the last-16. Hammers fans were in the Spanish city ahead of their own tie against Sevilla the following evening.

Frankfurt police are being supported by Scotland Yard in their operation and though last week’s meeting in London passed largely without incident, a spokesman for the former told The Telegraph: “We have a very huge concept for the whole game.

“This is not only concerning the stadium but also the whole city — especially the inner city.

“You won’t find a street corner on Thursday where you won’t see police.”

West Ham have sold out their 2,600-strong away allocation and supporters travelling without a ticket have been urged to stay in the city centre to watch the game.

They have also been warned they will be refused entry into the home end even with a ticket.