WATCH: All about the ‘technical things’ as Springbok Women gear up for Cups 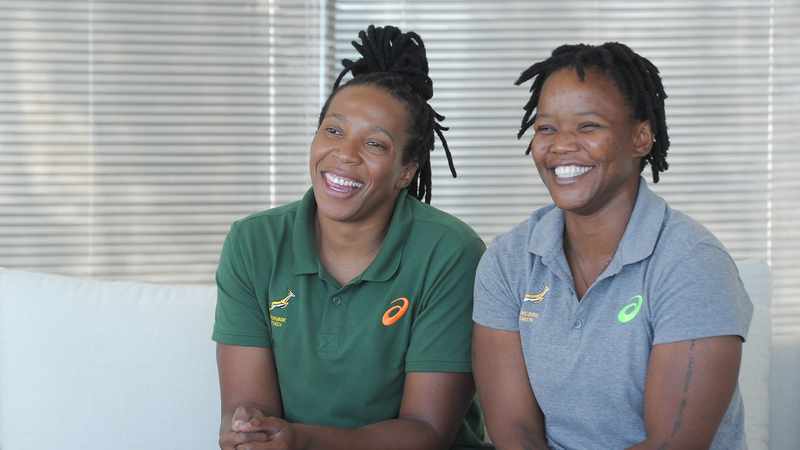 Cape Town — With both the Fifteens and Sevens national sides competing in Cups this year, South Africa’s female representatives are under no illusions of the magnitude of the season that lies ahead.

The Springbok Women are gearing up for the Women’s Cup, which will take place in New Zealand from October 8 to November 12, while the Sevens spectacle will go down in the Mother City from 9-11 September.

Rugby celebrated International Women’s Day on Tuesday with the news that the Springbok Women’s Sevens team have been invited to play in France later this year, an experience that will only add to their preparation for the big stage. It will be their first Series tournament abroad since Dubai in 2018.

After a successful stint at the Hermanus Sevens last month – an event during which they didn’t concede a single try – the Springbok Sevens Women’s side are now preparing for the Rugby Africa tournament next month. If successful, they will get a chance to compete at the Commonwealth Games in July.

Speaking on their preparation for the Sevens Cup, captain Sizophila Solontsi highlighted the work-ons she thinks are needed before the Cape Town spectacle, which will feature 40 men’s and women’s teams.

“We had our goals going into the Hermanus Sevens, and one of those goals was to not let any team score against us. Not conceding any tries and playing the ball wide were achievements for us,” she said.

“That tournament really helped us, especially because we have some new girls and some of them hadn’t even played Sevens before, so it was a good introduction. The goal now is to focus on more technical things and structures and, of course, we now shift our focus to Rugby Africa.”

ALSO READ: Springbok Women’s Sevens team to play in France in May

Solontsi was part of the team that made their debut at the Cape Town Sevens in 2019 – the last time the Rugby Sevens Series visited South Africa.

It was an experience that proved invaluable for the Solontsi – who plays in both codes.

“For me personally, I would take that experience (of playing at the Cape Town Sevens) and put it in my pocket because it was massive,” Solintsi said.

From us to you all in @WorldRugby! Happy International Women's Day! #BreakingTheBias pic.twitter.com/NIsr1DbAY6

“It was overwhelming, but it also helps knowing that we have a few players in the squad that played at that kind of level. That will really benefit the lesser-experienced players.”

The Springbok Women (15s) recently upskilled during their forwards camps with Deon Davids and Daan Human, and Booi, who has played in two Cups, said the camps allowed them to improve on what she feels they’ve been getting wrong.

“There are a lot of things we can take from that. For example, with our lineout jumpers. Also, since we are struggling with our scrums, now each and every player knows what they were doing wrong,” Booi said.

“So, we have learnt those small details and now we can combine them with something better.”

🤩It's a big year for women's rugby! To celebrate International Women’s Day, we're hosting an insightful discussion with Nolusindiso Booi and Sizo Solontsi as they build up to two RWC tournaments!
👉Join here at 10am: https://t.co/KcPRZmjHXE#BreakTheBias #TogetherMovingForward pic.twitter.com/3MeZgSgm4e

Ahead of their Series-opener against France in November last year, Booi was one of only a handful of players who boasted Cup experience.

Now, with her third one on the horizon, she says the end-of-year Tests in Europe gave them some good insight.

“We just need to attack more on our own ball and secure our own area and fix our mistakes. When we did our reviews, the coaches told us that the tries that were scored against us were off our own mistakes, so we need to fix that.”