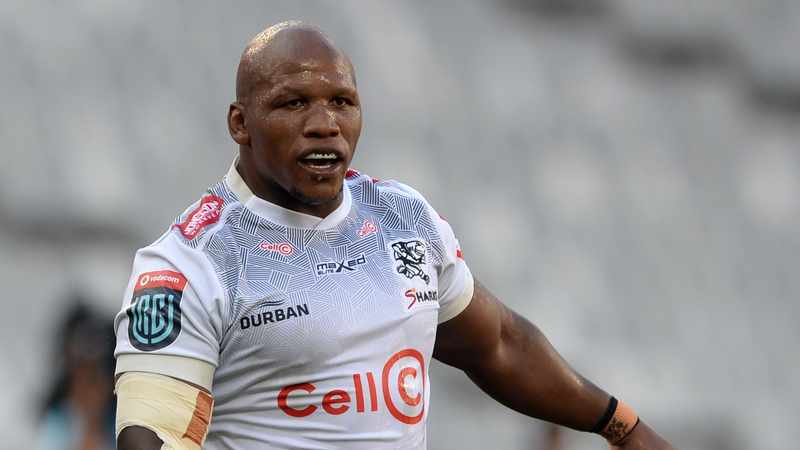 Durban – The pressure is mounting on the Sharks in the United Rugby Championship after an indifferent performance in losing to the Stormers but Bongi Mbonambi says the team is blocking out the “white noise” as they prepare for the Bulls on Saturday.

The Sharks have been heavily criticised for what seemed to be a less than energetic showing in sinking to a 20-10 defeat which could have been a lot worse had the Capetonians taken all their opportunities, and now they have the tough task of getting back on the horse at Loftus Versfeld, with the Bulls in ominously good form.

Springbok hooker Mbonambi has personally been in fine form for his new province and he says the Sharks have done some serious introspection.

“Firstly we must give credit to the Stormers for how well they played but we had an honest chat on Monday morning and cleared up a lot of things,” he said.

“We made a decision as a team that whatever is the talk outside our environment it is not going to influence us on the inside,” he continued.

“We also had one-on-one chats and honesty came out, so we know exactly what we need to get right going into this match against the Bulls.”

Mbonambi said that over the last three matches – the win over the Lions plus the draw and the loss to the Stormers – the Sharks had done various things well but had yet to put it all together in one performance.

At Ellis Park the Sharks attacked brilliantly to score six tries and for three-quarters of the match against the Stormers in Durban, they dominated virtually every aspect of the game before imploding in the last ten minutes. In Cape Town, they were simply poor beyond some decent scrumming at times.

“It is about looking at what we did well in the past, being very honest about what we did wrong, and getting the backs and forwards to combine together to make it count,” he said.

“Every game we aim to win, obviously, but winning every single game is easier said than done. We are working hard behind the scenes – the players and coaches – and buying in and making sure we are right for the Bulls and we get the result.”

As the 31-year-old says, it is easier said than done, especially when you are heading into the Bulls’ corral.

“It is always tough and physical playing them in Pretoria but we have done our homework. Our game drivers know what we have to do, we know their strong and weak points and where we can look for opportunities and make them count.

“We have put our plan together and now it is about making sure we are fresh and ready to go.”

The Sharks pack that is training appears to have the same formidable front row of Mbonambi, Ox Nche and Thomas du Toit, with Gerbrandt Grobler coming in for Ruben van Heerden in the second row and Henco Venter replacing Jeandre Labuschagne on the blindside flank.

“Our scrumming is going really well,” Mbonambi said. “Credit to the whole pack for bringing the energy, especially our back five and the loosies, they work hard on keeping us honest up front.”