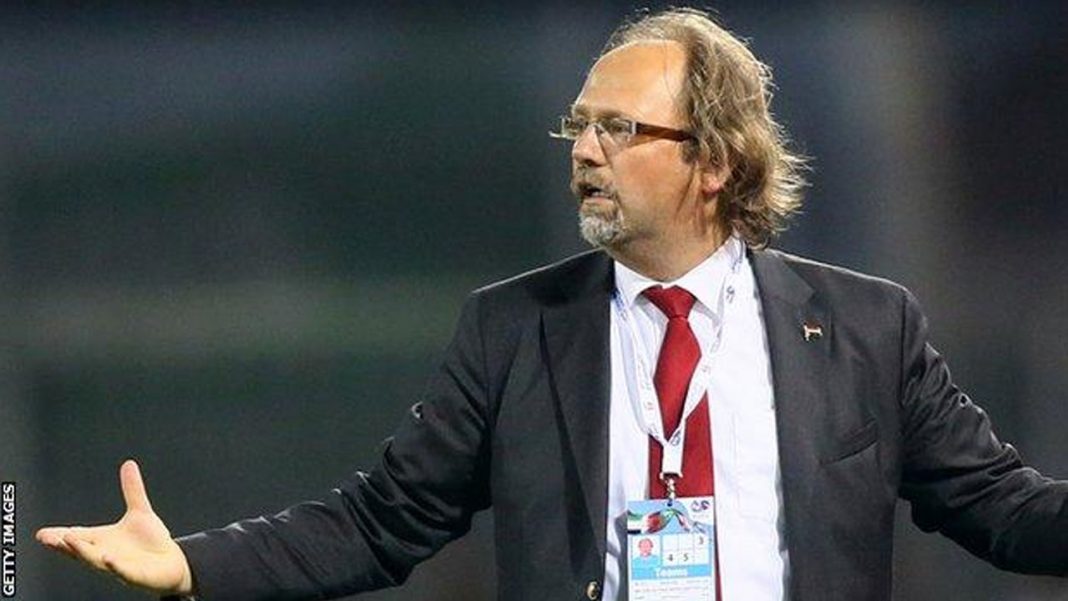 Gambia are facing a “catastrophe” at their first Africa Cup of Nations (AFCON), their coach said on Tuesday after they were refused permission to replace players who have tested positive for Covid-19.

Tom Saintfiet did not specify how many of his squad were affected but said on social media the African Football Confederation (CAF) had refused Gambia’s request to replace several players.

Squads were expanded for the tournament, which starts in Cameroon on Sunday, from the usual 23 to 28 to cover potential problems with coronavirus.

“We asked CAF whether we can replace some of our players who got infected with Covid-19 but the answer is no,” said ‘Scorpions’ coach Saintfiet.

“If this still remains to be the case, it could be a catastrophe… but according to the current rules, we are not allowed to replace anybody in the final list of 28-men squad.”

Gambia, currently preparing in Qatar, cancelled their two warm-up matches against Algeria last Saturday and Syria on Wednesday due to the unavailability of 16 of their 28 players.

Not all of these were caused by coronavirus as Saintfiet also cited illnesses, injuries and travel restrictions.

Gambia face Mauritania in their opening group match on January 12 before meeting Mali and Tunisia.