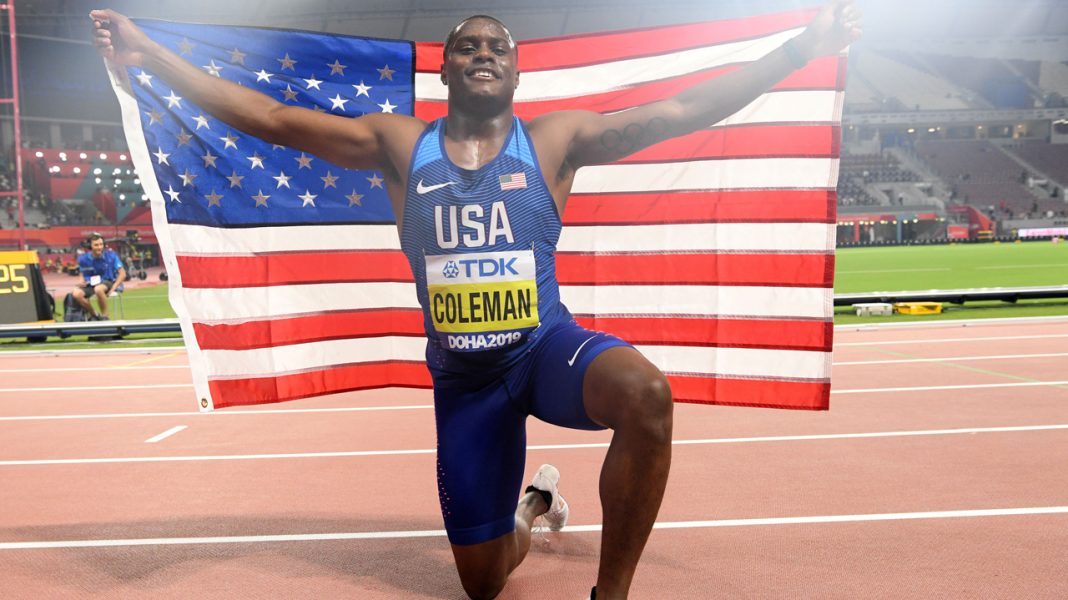 Christian Coleman shrugged off the controversy of his build-up to the Championships to win the 100m final in 9.76 seconds.

Although he will receive generous plaudits for his display here, USA track great Michael Johnson said prior to the competition the three missed tests “completely disqualifies” his compatriot from being the face of the sport.

Much of the focus leading up to the championships was about who from Coleman and his USA team-mate Noah Lyles, competing in the 200m, would take the title of ‘sprint king’ following Usain Bolt’s retirement after London 2017.

That projected battle, however, was thrown into serious doubt when it was announced in August that Coleman was under investigation for missing three tests in 12 months. If found guilty, the 23-year-old from Atlanta faced a one-year ban.

Then came the news that the US Anti-Doping Agency, which initially charged Coleman, had withdrawn the case after it was proved there had been a filing irregularity regarding the date of the first missed test.

Seemingly unaffected by the drama, Coleman cruised through the rounds before once again making his superiority count in the final.