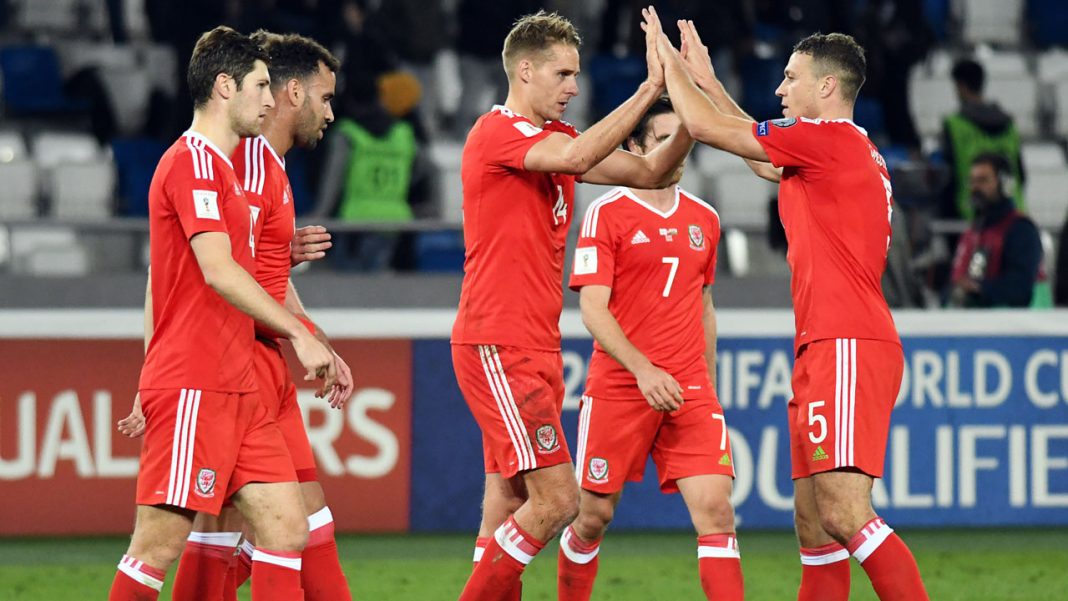 Chris Coleman has urged his Wales stars to cap their golden era by qualifying for the Cup.

Coleman’s side would seal automatic qualification for next year’s Cup in Russia if they beat the Republic of Ireland in Cardiff on Monday and Group D leaders Serbia fail to beat Georgia at home on the same evening.

If Serbia win, Wales will slug it out with the Republic for second place and the right to feature in next month’s play-offs.

Whichever path Wales have to go down to make it to Russia, Coleman believes his team, who reached the Euro 2016 semi-finals, are ready to seize the opportunity of securing the nation’s first appearance at a Cup for 60 years.

“The players have proven this is a golden era,” Coleman told reporters on Sunday. “They were labelled the golden bunch of players before we qualified for the Euros.

“I fought against that because they hadn’t earned that tag, but they’ve earned that now. This group of players have made the difference.

“They’ve gone one step further than anyone else that has gone before them, but that’s in the past as well. “Whatever we’ve done, we’ve done and it won’t help us on Monday.

“We can’t be thinking that we’ve done really well, it’s gone. “But if we keep doing what we’ve been doing, that will give us a great chance of having a good night on Monday.”

Welsh fans have called on Coleman’s squad to rekindle the so-called ‘Spirit of ’58’ ahead of their final group game.

The 1958 tournament in Sweden was the only previous time that Wales have reached the Cup finals, making it all the way to the quarter-finals before losing 1-0 to Brazil.

But Coleman is more concerned with making fresh history rather than banishing ghosts from his country’s past.

“1958 is nothing to do with this squad of players. You can look back and say, ‘We’ve never done this or never done that’,” he said. “But it’s not these players, they weren’t involved in that.

“They haven’t been involved in every squad for the last 50 or 60 years. “What they are doing is showing that this is their time and doing the best they can for the nation.

“They are doing a great job of that and will concentrate on affecting what is now, not what happened in the past.” Wales will again be without injured Real Madrid forward Gareth Bale, who watched his team-mates train at the Cardiff City Stadium on Sunday.