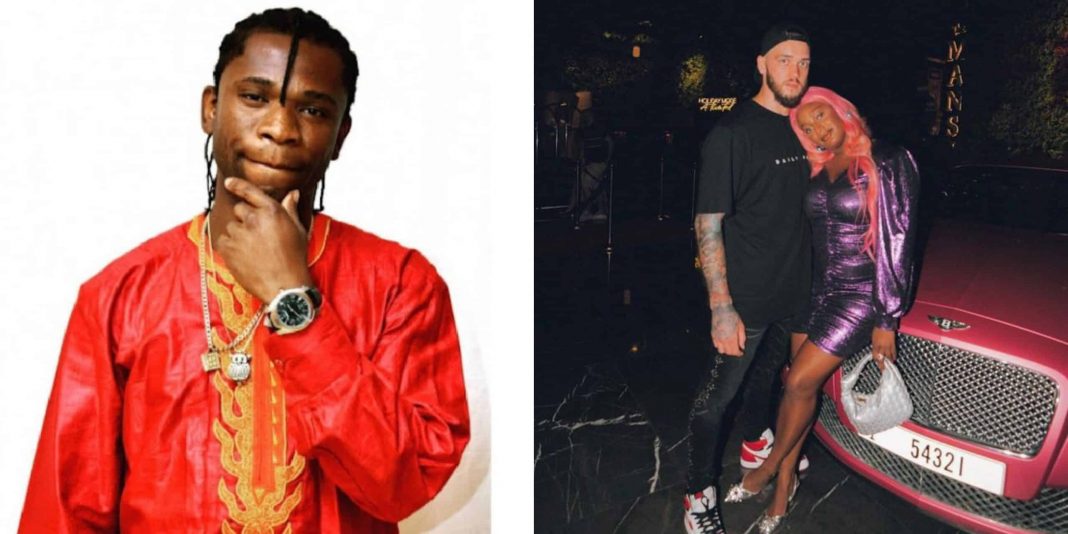 Kemi Filani broke the news that the billionaire daughter got engaged to her boyfriend in Dubai.

Since the news broke out, Cuppy has been living her best life and sharing loved up video with her boo.

In what seems like an advice to her, the rapper queried if the disc jockey married for love and not peer pressure from her father.

He noted how African culture frown at a younger sister getting married before her elder sister.

As such, he hopes Cuppy didn’t rush her relationship to outdo her sister, Temi Otedola who is engaged to singer, Mr Eazi.

“DJ Cuppy I hear say Dem don use Rolex watch carry you. All the sign wey I don give you, you still go end up with another guy, you no end up with him.

This is coming after, DJ Cuppy revealed that she had began marriage counseling, ahead of their wedding.

Although DJ Cuppy and Ryan are yet to publicly announce their wedding date, DJ Cuppy had just posted a photo of herself, Ryan, and British DJ Charlie Sloth on Twitter where she stated that they were having a business meeting and marriage counseling.

Captioning the photo, she wrote: “Business meetings sprinkled with some marriage counseling LOL.”

Kemi Filani recalls that DJ Cuppy and her British boxer Ryan Taylor got engaged at Gumball award night in Abu Dhabi on Saturday, November 19, days after her 30th birthday.

Since the news about their engagement went viral, the lovebirds have been posting pictures of themselves at public events.

In a series of posts on her Instagram story, Cuppy credited her British boxer for her happiness.

The billionaire daughter revealed that she has never been this happy in a long time.

DJ Cuppy, who celebrated her 30th birthday last month, further revealed that her life is beginning to start at 30.

She added that there is nothing better than being in love with one’s best friend.