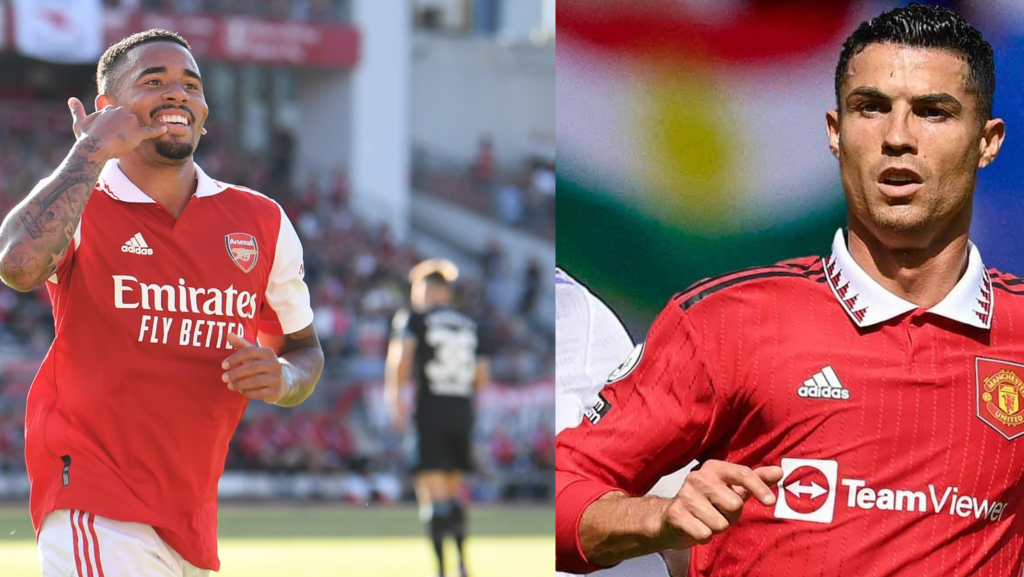 Premier League table-toppers, Arsenal face the first true test of the season when they travel to Old Trafford to face Manchester United. The Red Devils hope to continue their winning streak which would halt Arsenal’s impressive start to the season.

Erik ten Hag, on winning the last three games: “It gives us a bit extra, confidence you get by yourself. The team is winning and has belief of winning game, if we have the (right) attitude, we are hard to beat.

However, A win for Mikel Arteta makes him the first Arsenal manager since Tom Whittaker in 1947 to win the first 6 matches of a league season- The impressive run culminated in a 6th English league title for the Gunners. Arsenal won the 1947/1948 English Football league.

Arsenal boss Mikel Arteta,: “Two teams are in a good moment, a beautiful scenario to play a football match and a great contest, so we are ready for a fight – let’s see what happens, it is two teams that play to win the match.

Erik ten Hag makes one change to the Manchester United side that beat Leicester 1-0 on Thursday. New signing, Antony steps in for Anthony Elanga.

Mikel Arteta will hope to continue the perfect start to Arsenal’s Premier League campaign at Old Trafford where he has also just made one change from the side that beat Aston Villa 2-1 on Wednesday.

Oleksander Zinchenko comes in for Kieran Tierney after sitting out the Gunners’ last two games with a knee problem.

Arsenal are without Mohamed Elneny and Thomas Partey for the game at Old Trafford as the pair remain out injured.

Elneny is expected to be out for “months”, while Partey is facing “weeks” on the sidelines. Reiss Nelson is also in the treatment room.

Aaron Ramsdale and Martin Odegaard both start after they were being monitored after the Villa game.

Ten Hag on starting Antony: “He knows the style we want to play and what we expect and demand. He can be an offensive threat in one on ones, his speed – that makes the choice to play him.”

The £82m signing, Antony will make his United debut at Old Trafford while Casemiro and Cristiano Ronaldo are on the bench.

Coach ten Hag on leaving Casemiro on the bench again: “He is new in the team, he has to adapt to the team. He has to get used to my way of playing football. “The other thing, Scott McTominay is playing really well.”

Ronaldo Benched for the umpteeth time

Despite his impressive record against Arsenal, The Portuguese forward starts from the bench for the umpteenth time this season.

Ronaldo has faced Arsenal on 17 occasions during his professional career, boasting a record of eight wins, four draws and five defeats against them, while he has scored nine times and provided two assists.

The Portuguese has won five, drawn four and lost four of his 13 Premier League meetings against the Gunners, scoring seven times and providing one assist, including three goals in his two meetings with Mikel Arteta’s side during the 2021-22 league campaign- A goal in the first leg and a brace in the return fixture.

Manchester United are on a 3-game winning-streak after two humiliating losses earlier in the season( 2-1 home loss to Brighton and Hove Albion as well as 4-0 humiliation against Brentford).

Arsenal are on a five-game winning streak this season.

Arteta’s side remain the only team in the Premier League with a 100% record still intact.

As a result, Arsenal are sitting pretty at the top of the table – two points clear of reigning champions Manchester City.

Head to Head: In 60 Premier League Games, Manchester United have 25 wins to Arsenal’s 17.
United also has an edge on goals scored- 82 to 66. However, Arsenal leads 19-17 on clean sheets record.

Arsenal have lost more Premier League away games against Manchester United than they have vs any other opponent (17), while only at Anfield (69) have they conceded more away goals than at Old Trafford (49).

Manchester United have kept just one clean sheet in their past 16 Premier League meetings with Arsenal, a goalless draw at the Emirates Stadium in January 2021. At home, they’ve conceded in their previous eight against the Gunners since a 1-0 win in November 2013.

Arsenal have won just one of their past 15 Premier League away games against Manchester United (D5 L9), picking up a 1-0 victory in November 2020.

Cristiano Ronaldo: United’s Cristiano Ronaldo has scored seven goals in his past eight games against Arsenal in all competitions, netting home and away against the Gunners in the Premier League last term. Overall he’s scored nine goals against Arsenal, and they could be the 20th different opponent he reaches double figures against in his career for club and country.

Gabriel Jesus: Manchester United are one of just three sides Arsenal’s Gabriel Jesus has faced in the Premier League but not scored against, along with Cardiff City and Brentford. The Brazilian has played 454 minutes in nine games against the Red Devils.