BBTitans: Khosi Is Built Like A Man – Nana Says

A Hearts Of Oak Board Member Outlines Solutions To Issues Affecting The League’s Low Patronage.

Wild videos of Side Chick’ who sued her banker ‘Sugar Daddy’ 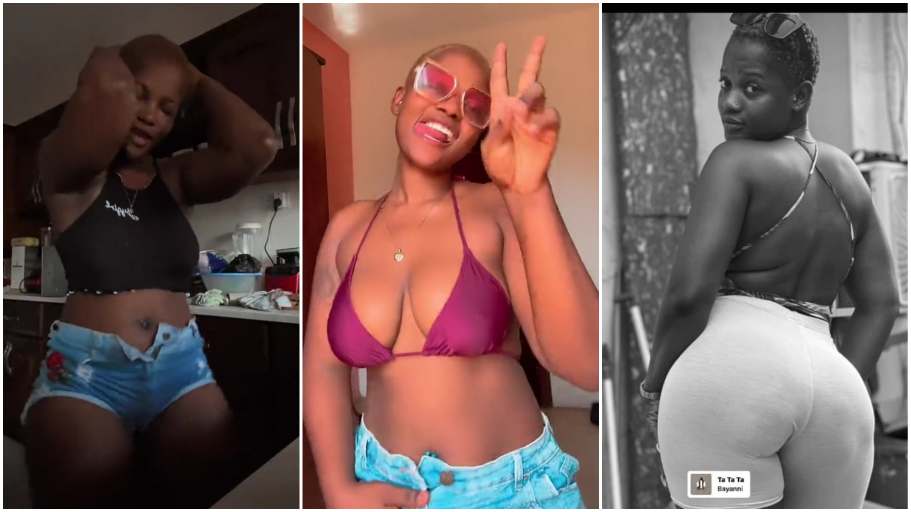 Deborah Seyram who worked at the bank’s head office as a national service person under Nimako has sued him and the bank over an alleged romantic affair.

READ ALSO :Efia Odo causes stir as she dances with Akwasi Kardashian in a club (video)

According to the young lady, persistent s℮xʋal harassment from Nimako eventually compelled her to enter into a relationship with him.

After agreeing to the relationship, she claims in her suit that her former made many promises to her, some of which have not been fulfilled.

She thus wants the court to order Nimako to fulfill his promises including the provision of a car, decent accommodation, and business capital.

When the copy of Deborah’s suit dropped online, not many people knew what it was all about or the face to put to it. But photos and videos of the young lady have now surfaced.

The video sighted on the Instagram page @atinkanews show the lady to be a pretty woman who is very bubbly.

Video: Daddy Lumba is not the killer of Obibini Takyi and Anokye Supremo – Ampong

BBTitans: Khosi Is Built Like A Man – Nana Says