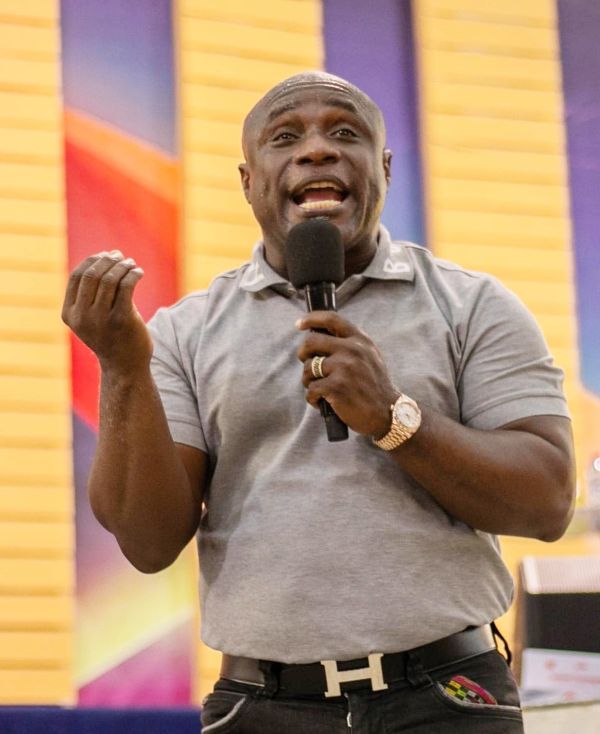 The founder and overseer of Powel Chapel International, Rev. Victor Kusi Boateng, has told members of his church not to be perturbed about allegations of corruption levelled against him regarding his dealings in the construction of the National Cathedral of Ghana.

Rev. Kusi Boateng, who is the secretary of the Board of Trustees of the National Cathedral, assured his congregation that he will come through the allegations unscathed.

The prophet, who made these remarks as he was addressing his faithful on Sunday, January 22, 2023, monitored by GhanaWeb, urged them not to engage in banters will people on social media in their efforts to defend him.

“How can I go up without fighting the demons in the air? And so, stop all these fights and all these arguments. The question is that, is your father okay? I’m 100 per cent okay.

“So, every one of you should be relaxed, be happy, and don’t waste your time fighting on Facebook,” he said.

He added that his church members should rather spend time talking to people about the expansion of their church and propagating the gospel.

The congregants, who were all on their feet, could be seen applauding the man of God as he addressed them.

On January 16, 2023, the MP made some allegations against Rev. Kusi Boateng, who is the secretary to the Board of Trustees of the National Cathedral of Ghana.

In an earlier revelation about the National Cathedral, Okudzeto Ablakwa said a whopping GH¢2.6 million was dished out to a company named JNS Talent Centre Limited.

Further investigations into the alleged payment led to the discovery of one Kwabena Adu Gyamfi as a director of JNS Talent Centre.

Having confirmed the identities of two out of three directors of the centre, Ablakwa dug deeper in a bid to discover the identity of the third director, Kwabena Adu Gyamfi.

Kumasi: Police Restore Calm And Arrest One Person In Connection With Murder |