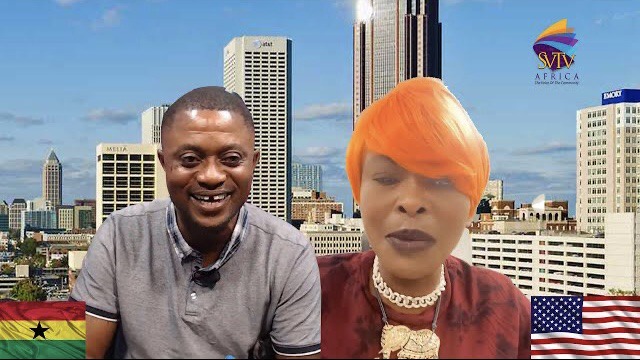 US-based Ghanaian Gloria Amegbor has stated that she will only accept to marry again if the man agrees to swear with Schnapps to remain faithful.

In a chat on Daily Hustle Worldwide, Gloria gave reasons for her decision and referenced it to an experience with her former husband. According to Gloria, her ex-husband cheated on her with multiple women and had to leave behind his Schnapp at his family’s gate.

“He doesn’t women respect women. I called him town helper. He would drop off all his side chicks at their jobs before coming home. When you marry a Ewe man, he can have affairs with other women, but if the woman tries that, she will run mad. So I’ve decided not to marry a Ewe man again,” she told DJ Nyaami.

From this experience, Gloria has decided to take precautions. Gloria mentioned that she wants her man to be a best friend with a positive mind.

“If I want to get married now, I’ll ask him to swear with eggs and schnapps to see if he has good intentions. That will be the promise between us because people sell the papers now. I don’t want a man who will lie to me because Nogokpo will deal with you,” she added.

Moreover, the 50-year-old stated that she does not wait for a man to cheat on her, “I’ll ‘dawg’ you. I date fine boys, but if he is an opportunist, he will go. If you marry me because of papers, it won’t work.”

Joana Sanz, Dani Alves’ Wife, Has Deleted All Photos Of Her With Alves From Her Instagram Account.

Due to transactions involving Chelsea, Uefa will change the rules.