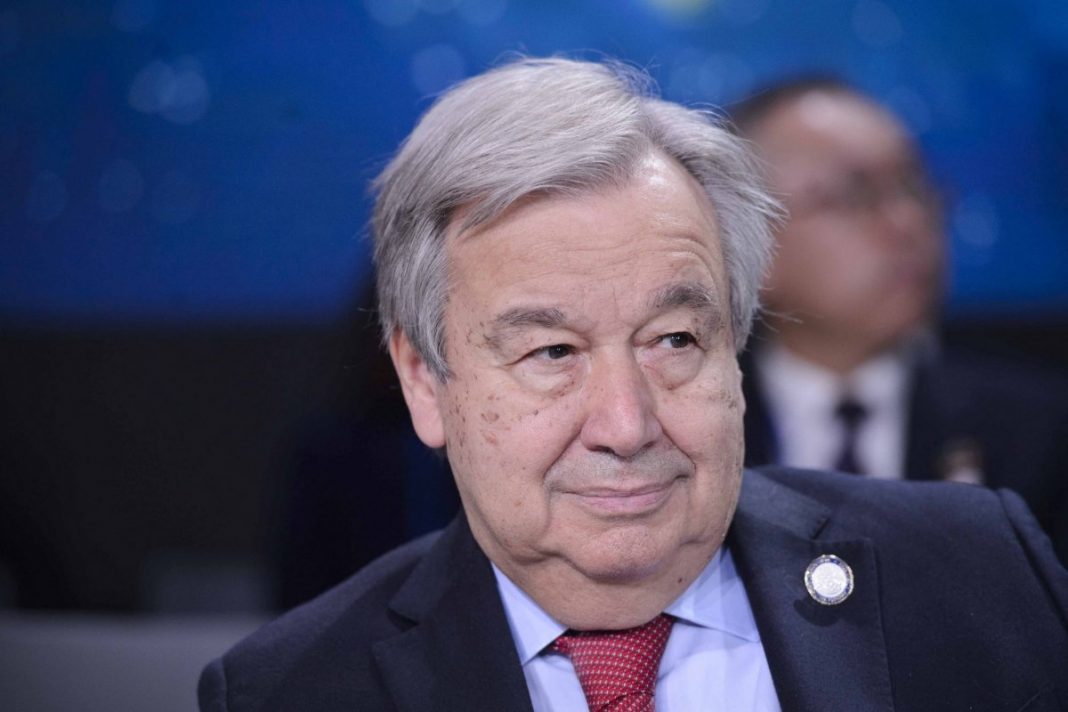 Dec. 7 (UPI) — The COP15 biodiversity summit got underway Tuesday in Montreal, Canada, where 192 member nations were set to negotiate conservation and biodiversity goals that will remain in effect for at least the next decade.

U.N. Secretary General Antonio Guterres kicked off the two-week conference on Tuesday by issuing a warning that humanity is the greatest threat to life on Earth as evidenced by climate disasters that continue to wreak havoc around the globe.

The ominous words echoed several warnings issued by Guterres throughout the year, calling attention to rampant floods, droughts, extreme storms and wildfires in numerous regions due to extreme climate change.

“Our land, water and air are poisoned by chemicals and pesticides, and choked with plastics … The most important lesson we impart to children is to take responsibility for their actions. What example are we setting when we ourselves are failing this basic test?” he said. “We are treating nature like a toilet.”

Thousands of representatives were scheduled to sit down for the first time on Wednesday for climate-related negotiations that were expected to last through Dec. 19.

The mission is to adopt a new Global Biodiversity Framework that would guide the world in efforts to protect critical resources for future generations.

“The delegates and organizers will be hoping that this framework will have a more lasting impact than the previous version,” the United Nations said in a statement. “At COP10, in 2010, governments agreed to strive for ambitious targets by 2020, including halving natural habitat loss, and implementing plans for sustainable consumption and production. However, a U.N. report released that year, showed that not a single target had been fully met.”

During Tuesday’s COP15 opening ceremony, Canadian Prime Minister Justin Trudeau proposed that each member country, by 2030, designate 30% of land that would remain undeveloped in an effort to support nature and the environment.

“We have not chosen that 30% number at random,” Trudeau said in a speech that was briefly interrupted by protesters. “It is the critical threshold according to the greatest scientists to avoid the risk of extinction and also to ensure our food and economic security. Thirty percent, that is quite feasible.”

The plan’s overall aim is to shore up biodiversity, a term that refers to the variety of life on Earth in all its forms, including all species, ecosystems, and microbes, and their interrelation with ecological processes that provide the means for life to exist.

Trudeau’s pitch is part of a global biodiversity plan known as “30×30,” which has the support of more than 100 countries, led by Great Britain, France, and Costa Rica.

The plan gained some traction this past summer when, in an unrelated move, the European Union passed legislation that banned the import of products that contribute to deforestation — including cattle, coffee, cocoa, soy, and rubber.

At the time, Mighty Earth CEO Glenn Hurowitz called the legislation “a gamechanger for the world’s forests.”

“For the first time, European governments are telling companies selling agricultural goods, ‘If you or your suppliers destroy forests, you can’t sell your products here,'” he said. “With this law, Europe is putting real action for wildlife on the table.”

The 30×30 strategy is based on a widely-held theory that 30% conservation would correspond to a 1.5-degree reduction in global warming, although scientists have disputed this claim.

The proposal has also sparked controversy among human rights advocates who warn it could lead to increased land seizures and violence against Indigenous communities throughout Canada, where the plan was being embraced by the nation’s top lawmakers.

“We’re a big country with big ambitions,” said Canada’s environment minister Steven Guilbeault. “We’ve committed as a country to protect 30% of land and waters by 2030. We’re working in full partnership with Indigenous peoples, as well as provinces and territories.”

Among those who joined Trudeau and Guilbeault at the summit were COP15 President Huang Runqiu, who also serves as China’s environmental minister; U.N. environmental program director Inger Andersen; and U.N. biodiversity chief Elizabeth Maruma Mrema, who said the summit stands to reshape conservation and emission reduction efforts for years to come.

“If we look at the recent disasters — floods, drought, heatwaves, wildfires — yes, we always say it’s because of climate change,” she said. “But where are these disasters that happen? They all happen in ecosystems. It is clear that unless we protect and restore biodiversity, climate warming will continue to rise. And we may fail to reach the 1.5 degrees.”