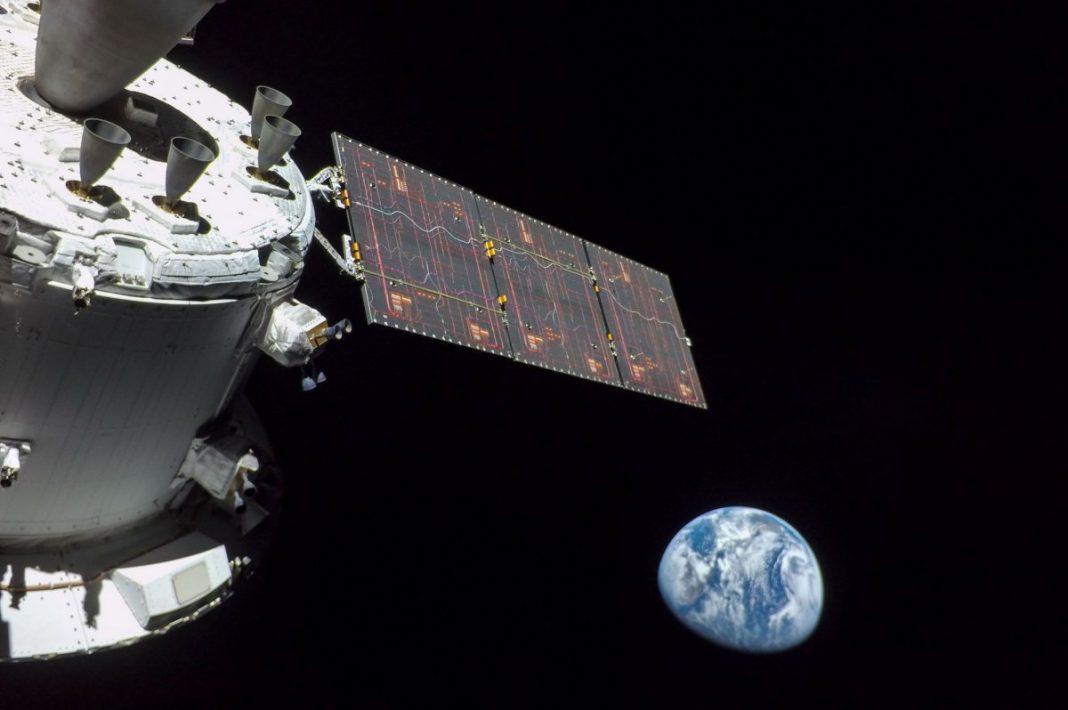 Dec. 1 (UPI) — NASA’s Orion space capsule, which is in day 16 of its Artemis I test flight, completed a burn Thursday to take it out of distant retrograde orbit.

The burn, which was livestreamed by NASA, began about 4:53 p.m. EST and lasted for 1 minute, 45 seconds, and was successful.

The procedure involved firing engines on the European service module which commits the spacecraft to leaving the lunar orbit to prepare for its return to Earth.

Orion has been in distant retrograde orbit — an elliptical orbit around the moon that is unique to Artemis 1 to test its various systems, according to Shaneequa Vereen with NASA Communications. The orbit will not be used on future missions.

In a preview of the maneuver Wednesday, officials with NASA said that the Artemis I team will test extended burns, thermal systems, navigation systems and other boundaries of the space capsule on its return flight.

Orion had performed two other burns previously to prepare it for the distant retrograde orbit – taking it from 81 miles above the lunar surface on Nov. 21 to a lunar altitude of 40,000 miles.

“We’re again going to be using that large main engine to start to swing us back in close so we can do essentially a slingshot around the Moon,” Dan Huot, with NASA Communications, said Thursday.

The burn Thursday prepared Orion for a second lunar flyby, a return power flyby that Huot said will “fine-tune the spacecraft’s path.” It will be followed by the Earth insertion burn before re-entry, with the splashdown planned for Dec. 11.

Orion reached its farthest distance on Monday, at 270,000 miles from Earth, beating a record set by the Apollo 13 mission. With that achievement, Orion successfully completed the first half of the mission that aims to ultimately return American astronauts to the moon.

“This has been an incredible mission to fly,” Zebulon Scoville, the NASA flight director, said Wednesday.

“The flight control team is enjoying themselves while they’re learning about the vehicle. We’re taking it out and really testing it to its limits and trying to understand how it performs.”

The mission, which launched from Kennedy Space Center on Nov. 16, sets the stage for astronauts to return to the moon for the first time since 1972, which will occur sometime in 2025 or 2026.