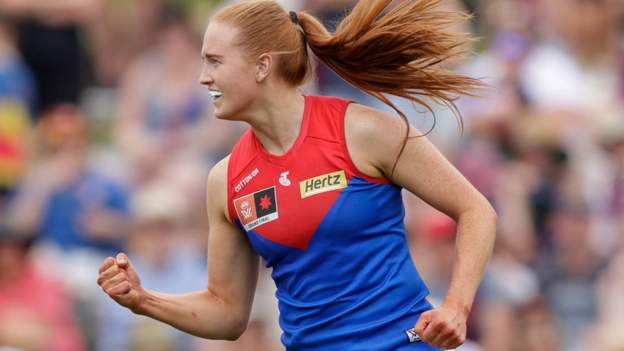 Armagh’s Blaithin Mackin netted one of Melbourne Demons’ goals as they clinched a surprise win over Brisbane in the Women’s AFL Grand Final.

Dublin’s Sinead McGoldrick was also part of the Demons squad.

Brisbane, who included Tipperary woman Orla O’Dwyer, led by two points at half-time but Tayla Harris’ goal put Melbourne four ahead and they held on during the closing stages.

“At home you are working full-time hours so you didn’t get as much time to focus on the off-field stuff, like your nutrition, your recovery,” said the Armagh woman.

“Now that I have the time to do that and recover well and get myself ready for the next training session, it definitely makes a big difference.”

Established in 2017, the AFLW aims to become a full-time professional sport by 2026 and as it grows toward that goal, the players salaries have grown too.

Despite her success in Australia, Mackin intends to return home to compete for Armagh in 2023.