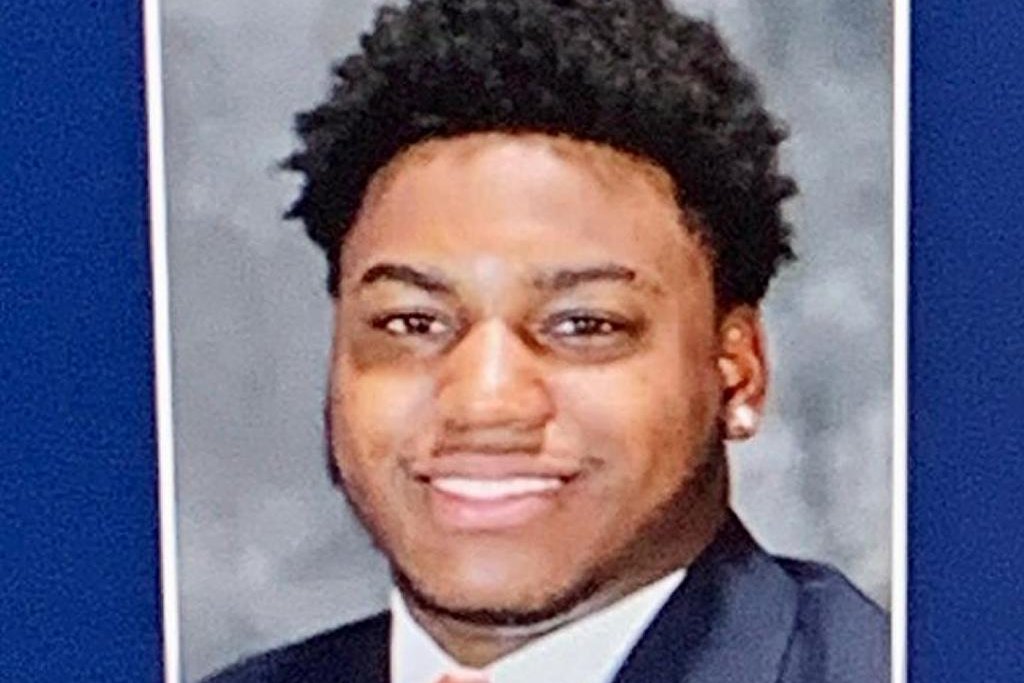 Nov. 14 (UPI) — Three people were killed and two others were seriously wounded in a shooting at the University of Virginia late Sunday and authorities have identified a former student-athlete as the suspect.

A massive manhunt has been launched in search of Christopher Darnell Jones, who remains on the run after allegedly opening fire on the Charlottesville, Va., campus around 10:30 p.m.

Jones, who is listed on the school’s athletics website as a freshman member of the 2018 football team, is considered to be “armed and dangerous.” Police ordered students and the Charlottesville community to shelter in place overnight, and also warned anyone who encountered Jones to call 911 and not try to confront the suspect.

Officers from multiple law enforcement agencies descended on the Charlottesville area and set up a perimeter in search of the suspect, while a helicopter team with the Virginia State Police took to the air.

Jones was dressed in a burgundy-colored jacket, jeans, red shoes, and he was last seen driving a black SUV with Virginia plates TWX3580, police said.

Police have not yet revealed a motive or whether the attacker knew his victims. There was also no immediate indication of the type of weapon that was used.

Meanwhile, University President Jim Ryan expressed grief about the situation before making the decision to cancel classes on Monday.

“I am heartbroken to report that the shooting has resulted in three fatalities,” Ryan wrote in a tweet. “This is a message any leader hopes never to have to send, and I am devastated that this violence has visited the University of Virginia.”

Ryan said the two who survived the shooting were receiving medical care, but he stopped short of naming the victims until he could meet with their families.

Witnesses were being urged to contact police to help them piece together what happened.

The scene was still active hours after the gunfire ended, with school administrators sending updates to students and faculty throughout the night and urging everyone to remain in locked down.