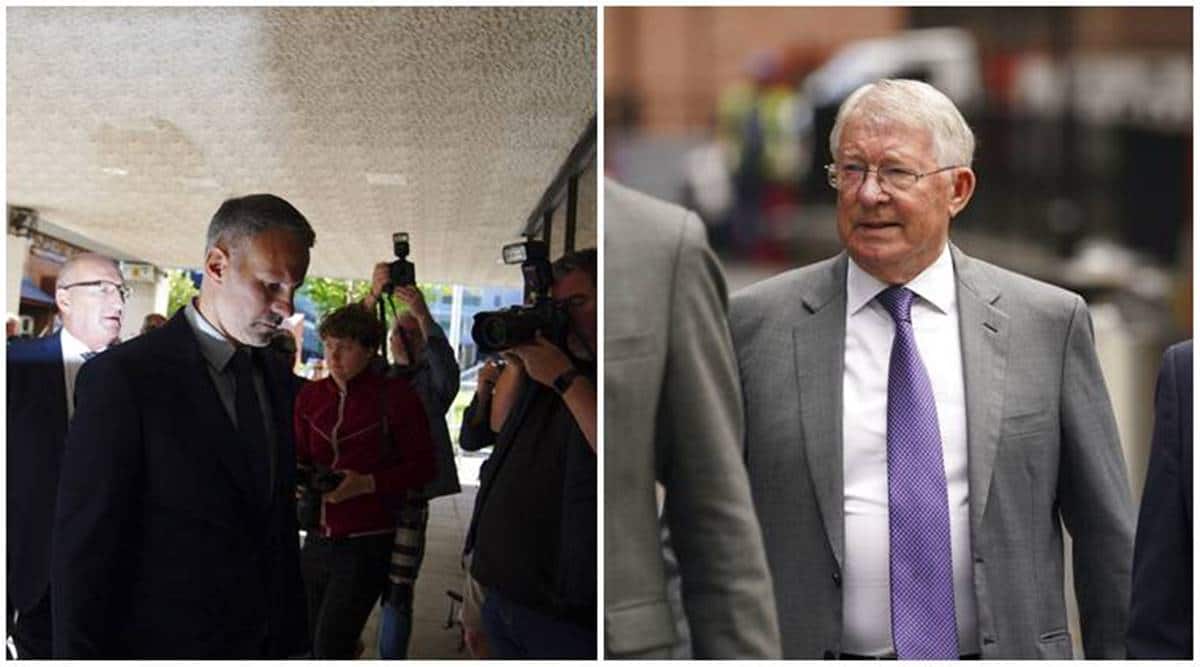 Giggs is on trial on charges of assault and use of coercive behavior against an ex-girlfriend.

The 80-year-old Ferguson, who was giving evidence in the courtroom on Day 10 of the trial, said Giggs had a “fantastic temperament.”

He told the court: “To have a career as long as he had in a difficult position, in terms of energy, he fulfilled everything we ever wished for.”

“Everyone looked at Ryan Giggs as the number one,” he added.

Asked by Giggs’ lawyer if he had ever seen Giggs “lose his temper or become aggressive,” Ferguson said: “No.”

Ferguson said Giggs was strong enough to take “the sharp end of my tongue.”

“I used Ryan a lot in the sense of, when I lost my temper about performance I would use Ryan as an example sometimes,” Ferguson said.

“Everyone else,” he added, “in the dressing room would think, ‘If Ryan Giggs can take it, we can all take it.’”

The 48-year-old Giggs is accused of assaulting Kate Greville, 36, and causing actual bodily harm at his home in Worsley, Greater Manchester, in November 2020. He is also charged with common assault of Greville’s younger sister during the same incident, as well as using controlling and coercive behavior toward his former girlfriend between August 2017 and November 2020.

Giggs has denied all of the charges.

He stood down as manager of the Wales national team in June, saying he didn’t want to jeopardize preparations for the Cup later this year in Qatar. He had been on leave since November.

Ferguson, who was United manager from 1986-2013, recalled Giggs making his debut for the team at the age of 17.

“The thing was, the press started comparing him with (former United star) George Best. We had to face a lot of attention on the boy. I said to his mother, ‘Look, if you are able to trust me. I’ll look after him.’”

Ferguson added: “When someone’s saying you’re the next George Best, it’s a big issue. But the boy was great, no problems.”

During the trial, Giggs has said it was justified that he had a reputation for infidelity but said he has “never” physically assaulted a woman.