Commonwealth Games 2022: Northern Ireland’s ones to watch in Birmingham 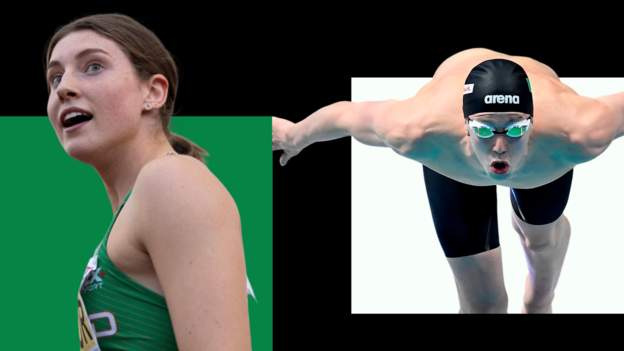 You wonder what Northern Ireland will consider to have been a successful Games once the dust settles on Birmingham 2022.

It’s fair to imagine a considerable part of the debrief will centre around the medals table; a tangible measure of regression, consistency or progress when compared to Games gone before.

The Gold Coast in 2018 yielded 12 medals for Team NI – one gold, seven silver and four bronze. The same amount was achieved four years prior in Glasgow, although they managed two golds then but only three silvers.

This time around they arrive in the English midlands with multiple athletes who must wrestle with, or indeed wear with pride, the tag of being favourites.

Rhys McClenaghan is the defending pommel horse champion while Amy Broadhurst comes in just two months after becoming light-welterweight world champion and six-time Paralympic gold medallist Bethany Firth has a CV that speaks for itself.

What of the rest of the team?

Every member of Team NI naturally harbours hopes of a medal with the Games now just around the corner.

Here, we take a look at just a few of those hoping to make their way onto the podium during the next two weeks.

Magheralin’s Daniel Wiffen holds something of a monopoly over Irish men’s freestyle records, with his name atop the national 400m, 800m and 1,500m boards.

With no men’s 800m in Birmingham, the Loughborough-based swimmer will focus on the other two events, with the 1500m viewed as his best medal hope.

At last month’s World Championships in Budapest he became the first Irish swimmer to break the 15-minute barrier, clocking 14:57.66.

A repeat of such a display in Birmingham would certainly see him in contention for a podium finish. Wales’ two-time Commonwealth medallist Daniel Jervis and Australian Sam Short are perhaps the frontrunners for gold, but Wiffen’s unrelenting upward trajectory makes him a contender.

Competing at the World Championships was a calculated gamble, with many of Wiffen’s Northern Ireland team-mates opting to forgo the competition in order to focus on the Commonwealths. The question now is whether he can attack these Games with the same ferocity that we saw in Hungary just over a month ago.

It is a mark of her career so far that at just 21 Kate O’Connor is Northern Ireland’s and indeed the whole of Ireland’s most successful heptathlete of all time.

Having finished eighth on the Gold Coast as a teenager, O’Connor went to become the first Irish heptathlete to medal at a major international event when she claimed a sensational silver at the European Under-20 Championships in 2019.

Despite the highs, it has not been the perfect ascent for the Newry native, who saw her Tokyo 2020 aspirations derailed by injury when she looked well-placed to seal one of the 24 qualifying places.

After nearly two years without a competitive appearance, O’Connor spectacularly bounced back last year to break her own national record with a points total of 6,297 at the Multistars event in Italy.

She arrives in Birmingham with the self-imposed expectation of competing for a medal; a personal best or a top-five finish are not enough to satisfy an athlete intent on displaying she has taken the next step on an already ground-breaking Northern Irish heptathlon career.

Eoin Fleming was 19 when he booked his place in a bronze medal match eight years ago in Glasgow, but fell short against South Africa’s Jacques van Zyl.

It was a match-up that the Belfast judoka knew he had the ability to win given he had emerged victorious against the same opponent only a few months before.

The plan was to avenge the stinging defeat at the Gold Coast, but the sport was excluded from the 2018 Games, meaning the agonising wait to right the wrongs of Glasgow was extended by four years.

For Fleming, who admitted to assuming “a lot of opportunities” were around the corner after 2014, the long-awaited redemption opportunity is finally in sight with his campaign at 81kg set to begin next Tuesday.

Having fought against the odds to secure a memorable silver four years ago, Carly McNaul is out to go one better this time around as she moves from 52 to 50kg.

There is a certain pressure that comes with being part of Northern Ireland’s boxing team, who remain the jewel in Team NI’s crown.

Of Northern Ireland’s 124 Commonwealth Games medals, 61 have come inside the ropes.

Four years ago they led the team again, securing eight of NI’s 12 medals – although gold evaded them.

Since the Gold Coast, McNaul has overcome a series of injuries including a broken femur, torn hand tendons that required surgery and scars on her eye that were also operated on.

Amazingly she has has worked her way back and was named co-captain of the boxing team alongside Olympic medallist Aidan Walsh.