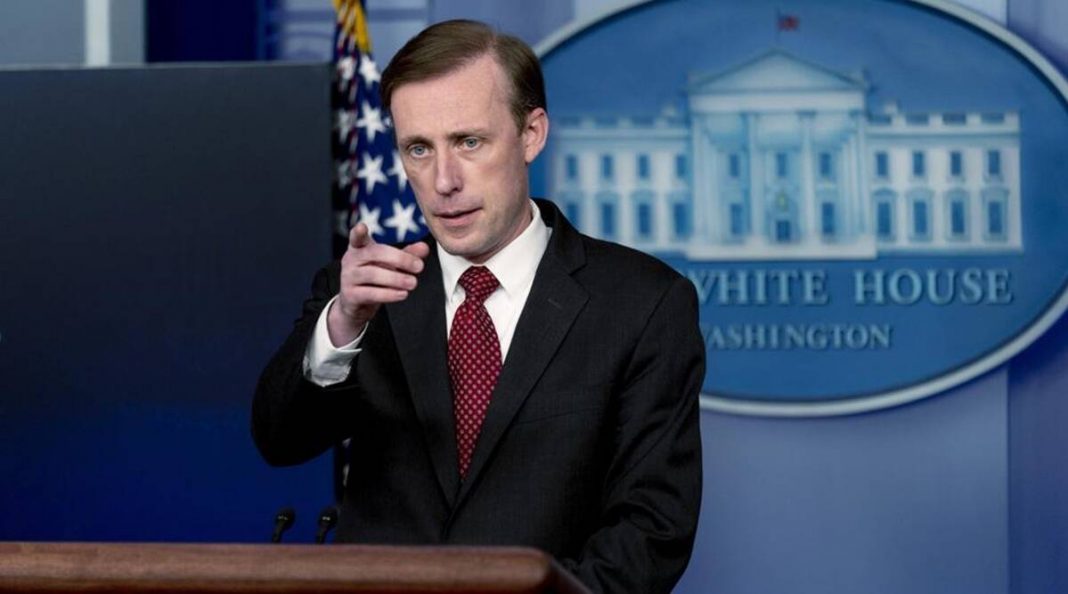 The White House on Monday said it believes Russia is turning to Iran to provide it with “hundreds” of unmanned aerial vehicles, including weapons-capable drones, for use in its ongoing war in Ukraine.

US National Security Adviser Jake Sullivan said it was unclear whether Iran had already provided any of the unmanned systems to Russia, but said the US has “information” that indicates Iran is preparing to train Russian forces to use them as soon as this month.

“Our information indicates that the Iranian government is preparing to provide Russia with up to several hundred UAVs, including weapons-capable UAVs on an expedited timeline,” he told reporters Monday.

Sullivan said it was proof the Russia’s overwhelming bombardments in Ukraine, which have led it to consolidate gains in the country’s east in recent weeks, was “coming at a cost to the sustainment of its own weapons.” Sullivan’s revelation comes on the eve of President Joe Biden’s trip to Israel and Saudi Arabia, where Iran’s nuclear program and malign activities in the region will be a key subject of discussion.

The US decision to publicly reveal that the two countries’ chief regional rival was helping to rearm Russia comes as both Israel and Saudi Arabia have resisted joining global efforts to punish Russia for its invasion of Ukraine due to their domestic interests.

Military analyst Samuel Bendett of the CNA think tank said Russia’s choice of Iran as a source for drones is logical because “for the last 20 years or more Iran has been refining its drone combat force. Their drones have been in more combat than the Russians’.” They are pioneers of so-called loitering munitions, the “kamikaze” drones like the Switchblade that the US has provided Ukraine.

Iran has “a proven track record of flying drones for hundreds of miles and hitting their targets,” Bendett added, including penetrating American-supplied air defenses and striking Saudi oil refineries. He said the Iranian drones could be very effective at striking Ukrainian power stations, refineries and other critical infrastructure.

Bendett noted that before the Ukraine war, Russia had licensed drone technology for its Forpost UAV from a proven supplier: Israel. The Jewish state has remained neutral in the Russia-Ukraine conflict, so that source is no longer available to Moscow.