A Year Since a President’s Killing, Haitians Keep Waiting to Hit Rock Bottom 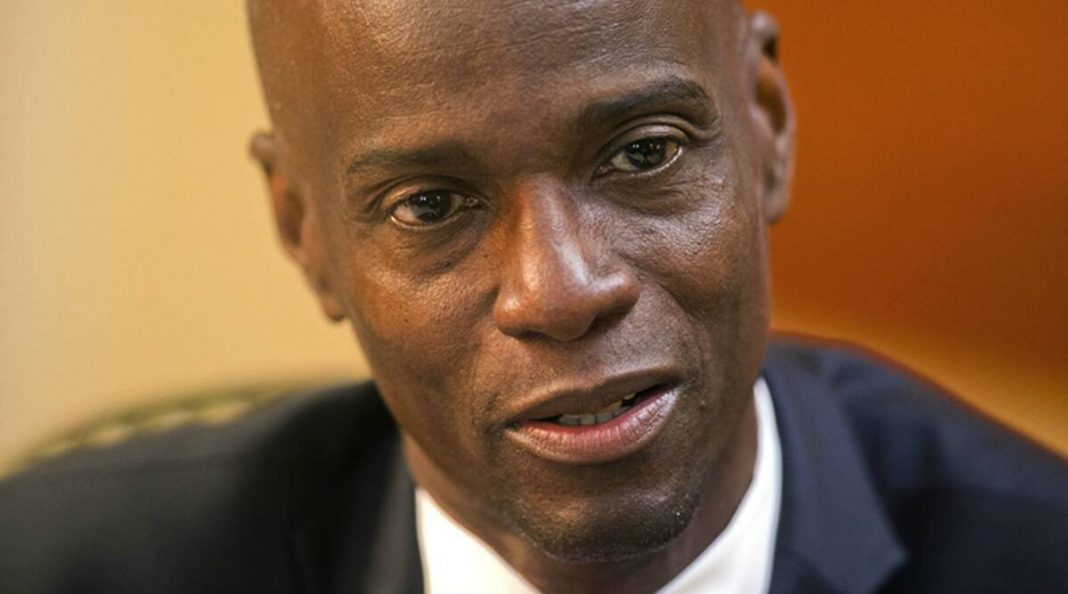 The warring gangs took over several neighborhoods around Port-au-Prince, Haiti, weeks ago, going door to door, raping women and girls, killing the men, beheading many of the adults and then forcing the newly orphaned children into their ranks.

One woman, Kenide Charles, took cover with her 4-month-old baby underneath a bed, waiting for the fighting to subside. It never did and she fled, crossing gang checkpoints with her son raised above her head like a human white flag.

This week marks a year since Haitian President Jovenel Moïse was killed in his home in one of the capital’s wealthiest neighborhoods as dozens of police stepped aside, letting the assassins through. Many Haitians had no love for the deeply unpopular president but thought his assassination would be the country’s new rock bottom and believed they could start climbing back up.

Instead, the picture remains grim with a seeming state of lawlessness taking hold in parts of the country.

Moïse was killed in a sprawling plot that ensnared Colombian ex-soldiers, informants for the US Drug Enforcement Administration and US citizens. Haitian government officials were also accused of playing a role. A key suspect in the killing is expected to stand trial in Florida. The international community promised to help solve the president’s killing and prevent the crime from contributing to a mountain of impunity that has plagued Haiti for centuries.

But the many questions around Moïse’s killing remain unanswered, contributing to a broken central government and a rising dominance of multiple gangs.

The violence that recently rocked Charles’ impoverished neighborhood over nearly two weeks in May is a sign of how brutal life is for many Haitians.

“I see no future in Haiti for my kids,” said Charles, 37. “Even to feed them is a struggle.” Her older daughter, Charnide, 9, sat nervously next to her mother, her shoulder-length braids adorned by lavender-colored beads.

When Charles was finally able to return to her neighborhood on the outskirts of Haiti’s capital, the entire block of houses where her home once stood had been burned to the ground. The corpses of at least 91 victims lay along the streets or in their homes, while the attack left at least 158 children orphans, many of whom were then recruited by gangs, according to the National Human Rights Defense Network, a Port-au-Prince-based rights monitor.

Like many Haitians, Charles worries that if Moïse cannot get true justice, what chance does she have to live a life of dignity in a country with some of the world’s highest rates of inequality?

“I live in a country where the president was killed,” Charles said. “If something like this can happen to a president with all that security, what about me in my house? What about me walking in the streets? What about my children?”

Two investigations into Moïse’s assassination, one by the Haitian government and another by the United States, have led to several arrests.

In Haiti, jailed suspects in the assassination have not been put on trial — including 18 ex-Colombian soldiers considered by many to be pawns in the plot. Judges and legal clerks in the case have been threatened and told to change witness testimony.

And a key suspect in the assassination — Haitian Prime Minister Ariel Henry — fired government officials who summoned him for questioning in the case. Phone records indicate Henry had spoken with the man accused of masterminding the assassination, Joseph Felix Badio, a former justice ministry official, in the days leading to and hours after Moïse’s death. The prime minister has denied wrongdoing and Badio remains free.

A separate US government-led probe has also yielded no answers and instead raised suspicions of a link between the assassins and US intelligence agencies, including the CIA. A chief suspect in the case, Mario Palacios, a former Colombian soldier, was extradited to Florida in January to stand trial.

The Justice Department stunned observers when it requested that the court in Miami hearing Palacios’ case appoint a “classified information security officer” to bar the suspect’s testimony from being made public because he has an undisclosed link to US intelligence agencies.

The DEA has refused to answer questions regarding several of the Haitian suspects in the case who have been agency informants. In May, the Senate Judiciary Committee rebuked the DEA for failing to respond to queries regarding its conduct in Haiti.

Justice has also been elusive for the 18 Colombian ex-soldiers jailed in Haiti. They have complained of torture at the hands of Haitian police, a lack of food and access to showers or bathrooms. The judge in their case has been changed five times, and the Colombians have yet to meet a lawyer, 12 months after their imprisonment.

Haiti’s justice minister did not respond to multiple requests for comment.

“Not even a judge has heard them. They have not even been charged,” said Diana Arbelaez, the wife of one of the accused former soldiers.

“There is no evidence, because if they had it, they would have been accused,” she added.

Arbelaez said she and other wives send food packages to their husbands in prison and include bags for them to defecate in, because they are rarely allowed to use latrines and had been relieving themselves on the floors of their cell.

Sandra Bonilla, whose husband is also one of the 18 Colombian prisoners, traveled to Haiti to see her husband late last year and said she saw signs of torture, including festering wounds and missing teeth.

Colombia’s government maintains that since the alleged crimes involving the former soldiers happened in Haiti, they must be tried there, rather than Colombia.

Colombian Vice President Marta Lucia Ramirez said that the administration was eager for the accused to face trial, blaming Haiti’s faltering justice system for leaving the men in limbo. She plans to visit the men in prison.

In Haiti, the violence that has stalked Haitians struck the country’s largest court last month when a gang took over the Judicial Palace and set fire to files. A month later, the gang still occupies the court.

For Charles, her family’s only stroke of luck was that she had sent her three older children out of the neighborhood just days before the attack began May 1. Their schools had been closed all of April because of violence, and she worried their boredom would make them easy prey for the gangs.

The violence that swept across Charles’ neighborhood was part of a wave that consumed much of Port-au-Prince in April and May, displacing 16,000 people as internal refugees, according to the United Nations. The organization added that gang violence forced 1,700 schools to shut down in and around the capital, leaving roughly 500,000 children out of their classrooms. Some schools have been targeted by gangs looking for students to kidnap for ransom.

“Extreme violence has been reported, including beheadings, chopping and burning of bodies, and the killing of minors accused of being informants for a rival gang,” the United Nations said in May.

“Sexual violence, including gang rape of children as young as 10, has also been used by armed gang members to terrorize and punish people living in areas controlled by rival gangs,” the UN added.

Many aid groups say they have had difficulties implementing their programs because of the violence or because gangs demand bribes to work in their territory. When they are able to enter neighborhoods, they see children struggling.

“When the children’s schools are closed, they don’t have anything to do, and the parents need to work. What will happen?” said Judes Jonathas, a senior program manager for Mercy Corps in Haiti, one of the largest aid groups operating in the country. “It’s a huge danger. They are huge magnets for the gangs.”

Just a few weeks after Moïse’s killing, a powerful earthquake rocked the country, killing more than 2,000.

“It’s multiple crises in Haiti,” Jonathas said. “Can you imagine a child growing up in Haiti today, what kind of options they have in the future? What kind of people will they be?”