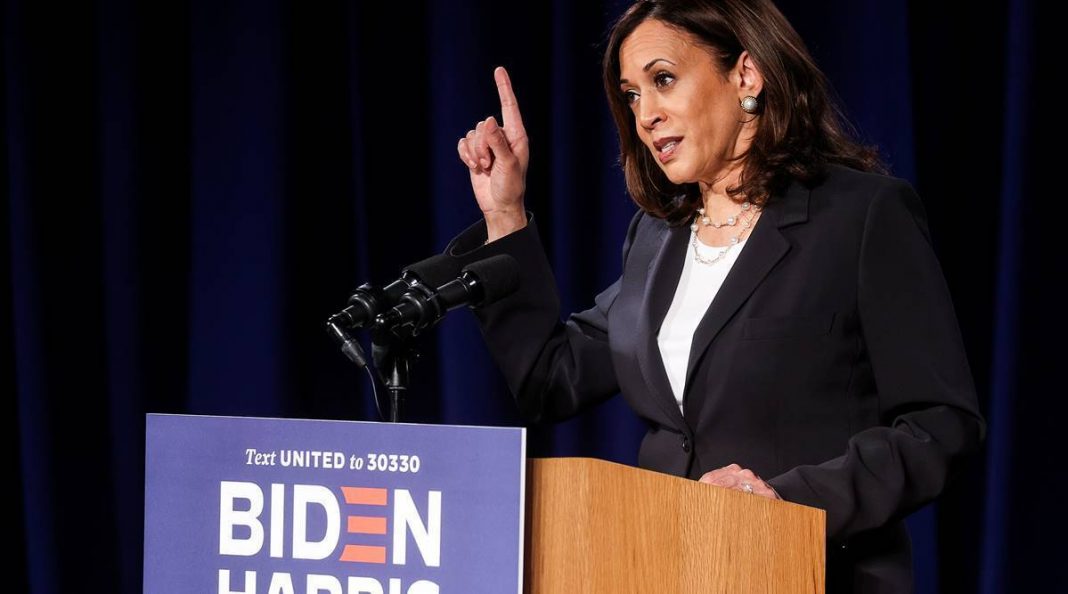 Vice President Kamala Harris drew a link between states moving to outlaw abortion and those limiting voting rights, telling an audience mostly of Black women that the overturning of Roe v. Wade “requires all of us to speak up.”
“At least 11 states are doing both at the same time,” Harris said at the annual Essence Festival in New Orleans on Saturday. “No surprise there.”

Voting rights legislation is stalled in Congress as Democrats lack Republican support to pass it in the evenly split Senate. It remains a key issue for Black voters, 87% of whom backed Joe Biden in the 2020 presidential election.

“We must be vigilant and we must remember we are always going to have to fight to maintain these rights,” Harris said.

President Biden has said he would support blocking the Senate’s filibuster rule under certain circumstances to codify abortion access into law and pass federal voting rights legislation. House Majority Whip Jim Clyburn, who endorsed Biden in the South Carolina primary, has said he would back revoking the filibuster for bills related to constitutional issues.

About half of US states have already outlawed abortion in all or most circumstances, have so-called trigger laws on the books or plan to move in a similar direction. The US Supreme Court overturned the 1973 Roe v. Wade decision on June 24, saying there’s no constitutional right to an abortion.

Abortion rights advocates say the decision will disproportionately impact people of color, low-income Americans and rural communities. These groups are less likely to have the resources to travel for the medical procedure if their home state now bans abortions.

The ruling has opened the possibility for Democrats to harness outrage about the decision to drive voters to back candidates who support abortion rights in the November midterm elections.