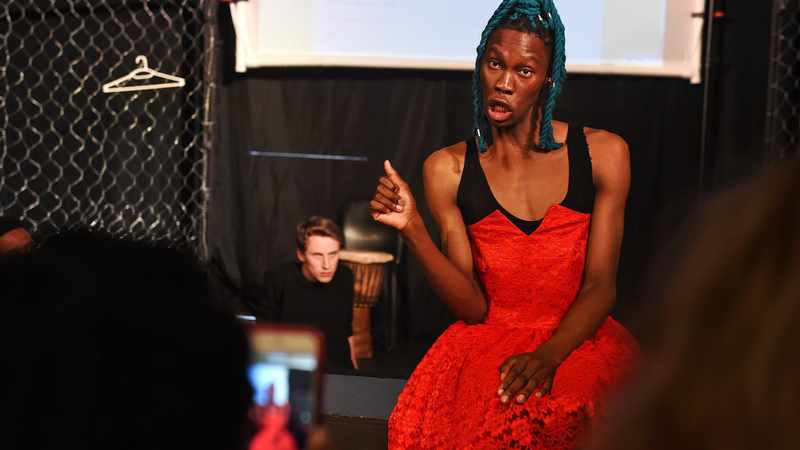 Only 38% of youth believe that the rights of LGBTQIA+ need more protection, in stark contrast to other minority rights, this is according to a new African Youth Survey released by the Ichikowitz Family Foundation (IFF).

The report released a key finding from its African Youth Survey 2022 that points to modest yet important progress in recognising the need for greater protection for the LGBTQ+ community on the continent of Africa.

According to the most comprehensive survey of African youth, across 15 countries and 4 500 respondents, nearly four-in-ten young Africans now believe that more needs to be done to prevent discrimination, persecution, and hate crimes on the basis of sexual identity, representing a 7% increase in comparison with the 2020 Survey.

Thirty-eight percent of young Africans now say that their country needs to do more to defend the rights of the LGBTQ+ community, as opposed to the 31 percent who expressed the same sentiment during the 2020 AYS benchmark poll.

This year’s survey found South Africa to be the outlier when it comes to tolerance: a remarkable 83 percent of South African respondents see the need for greater LGBTQ+ protections; in Mozambique, 67 percent state the same belief, as do 62 percent in Gabon.

The bottom three countries in terms of LGBTQ+ tolerance and awareness are Malawi (9 percent), Sudan (16 percent), and Uganda (21 percent), the AYS findings reveal.

Nearly half of all respondents – 47 percent – suggest that they have personally experienced discrimination in one form or another.

Africa nonetheless continues to lag in comparisons with the United States and Europe when it comes to appreciation of the need for the greater protection of LGTBQ+ people. Legislative protections remain enormously weak across the continent, with same-sex relations still prohibited outright in 32 countries. In four countries and regions – Somalia, Somaliland, Mauritania and Northern Nigeria – homosexuality can be punishable by death.

And despite the United States’ influence on the continent seemingly waning in comparison to rival superpower China, according to the African Youth Survey of 2022 (77% polled see China as the strongest superpower on the continent), President Joe Biden has vowed to renew US efforts to support LGBTQ+ rights around the world, including the potential utilization of economic sanctions against those countries that would seek to criminalise homosexuality.

“As the world celebrates Pride Month, our African Youth Survey highlights how much more we need to do as a continent to ensure that identity is never a basis for discrimination or mistreatment. Community tolerance for all is today quickly becoming table stakes for foreign direct investment (FDI),” Ichikowitz Foundation Chairperson, Ivor Ichikowitz stated, adding that “…at the same time, we appreciate the notable progress indicated by the actionable intelligence which our African Youth Survey provides, when comparing our current study to our 2020 benchmark.”

“We have found Africa’s youth to be highly tolerant of refugees, immigrants, and ethnic minorities and we believe that this next generation of leaders will be the change-makers that Africa’s next generation needs them to be; to ultimately ensure that the rise in commitment to community tolerance which we see in 2022, builds year on year”, Ichikowitz concluded.

Originally launched in 2020, the African Youth Survey is a first-of-its kind, in-depth exploration of how young people, the demographic driving Africa becoming the fastest growing population on earth, view themselves and the world around them.