I gave up waiting for my NHS op and went private 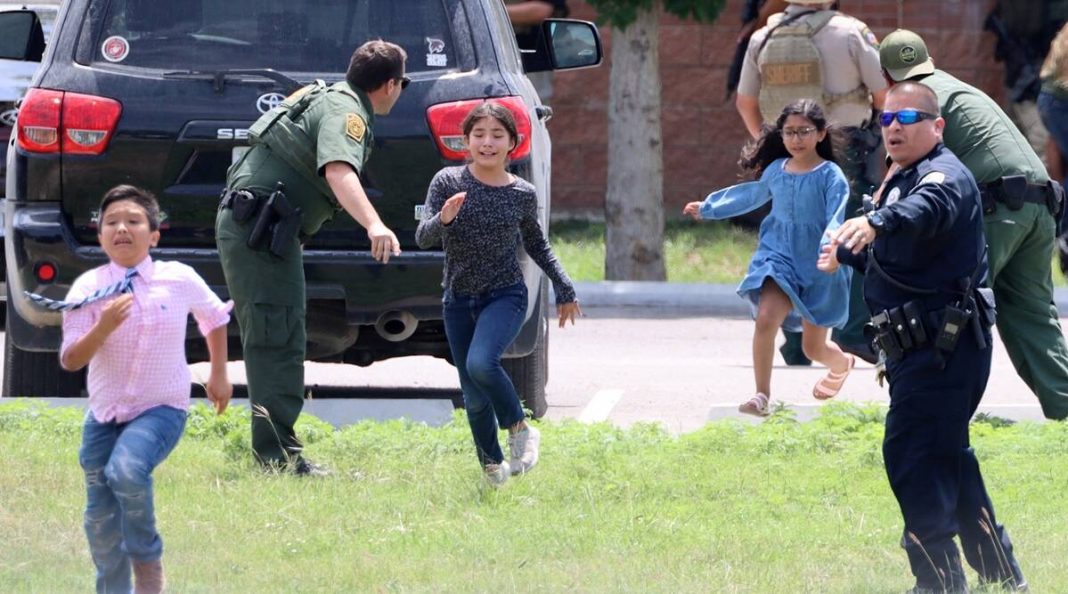 Frantic children called 911 at least half a dozen times from the Texas classrooms where a massacre was unfolding, pleading for police to intervene, as some 20 officers waited in the hallway nearly an hour before entering and killing the gunman, authorities said on Friday.

At least two children placed emergency 911 calls from a pair of adjoining fourth-grade classrooms after 18-year-old Salvador Ramos entered on Tuesday with an AR-15 semi-automatic rifle, according to Colonel Steven McCraw, director of the Texas Department of Public Safety.

Ramos, who had driven to Robb Elementary School from his home after shooting and wounding his grandmother there, went on to kill 19 children and two teachers in the deadliest U.S. school shooting in nearly a decade.

“He’s in room 112,” a girl whispered on the phone at 12.03 pm, more than 45 minutes before a US Border Patrol-led tactical team finally stormed in and ended the siege.

The on-site commander, the chief of the school district’s police department in Uvalde, Texas, believed at the time that Ramos was barricaded inside and that children were no longer at immediate risk, giving police time to prepare, McCraw said.

“From the benefit of hindsight where I’m sitting now, of course, it was not the right decision,” McCraw said. “It was the wrong decision.”

McGraw, whose voice choked with emotion at times, added, “We’re here to report the facts, not to defend what was done or the actions taken.” It was unclear whether officers at the scene were aware of the calls, McCraw said.

Some of the mostly 9- and 10-year-old students trapped with the gunman survived the massacre, including at least two who called 911, McCraw said, though he did not offer a specific tally.

There were at least eight calls from the classrooms to 911 between 12.03 pm, a half hour after Ramos first entered the building, and 12.50 pm, when Border Patrol agents and police burst in and shot Ramos dead.

A girl whom McCraw did not identify called at 12.16 pm and told police that there were still “eight to nine” students alive, the colonel said. Three shots were heard during a call made at 12.21 pm.

The same girl who made the first call implored the operator to “please send the police now” at 12.43 pm and 12.47 pm. 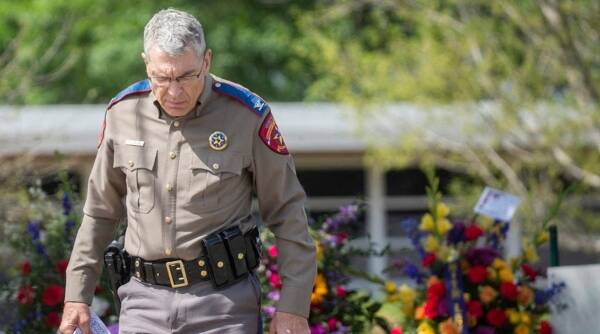 Director of Texas’ Department of Public Safety Steven McCraw arrives to lead a news conference in front of Robb Elementary School in Uvalde, Texas, US, May 27, 2022. (Omar Ornelas/USA Today Network via Reuters)

Officers went in three minutes after that final call, according to McCraw, when the tactical team used a janitor’s key to open the locked classroom door.

Several officers had an initial exchange of gunfire with Ramos shortly after he entered the school at 11.33 am, when two officers were grazed by bullets and took cover. There were as many as 19 officers in the hallway by 12.03 pm, McCraw said — when the first 911 call from inside the classroom was received.

Videos that emerged on Thursday showed anguished parents outside the school, urging police to storm the building during the attack, with some having to be restrained by police.

Standard law enforcement protocols call for police to confront an active school shooter without delay, rather than waiting for backup or more firepower, a point McCraw acknowledged on Friday. 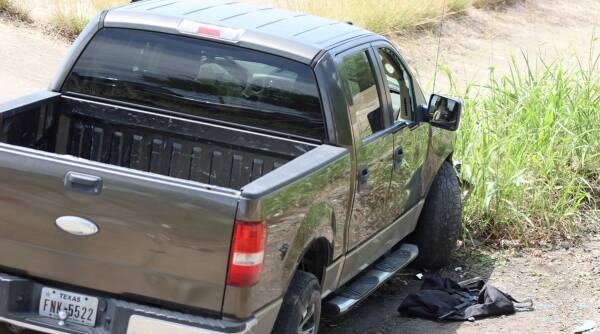 The vehicle used by 18-year-old Salvador Ramos is seen crashed in a ditch near Robb Elementary School in Uvalde, Texas, US, May 24, 2022. (Pete Luna/Uvalde Leader-News/Handout via Reuters)

McCraw described other moments when Ramos might have been thwarted. A school officer, responding to calls about an armed man who crashed a car at the funeral home across the street, drove right past Ramos as he crouched beside a vehicle on school property. Police have said Ramos fired at two people standing outside the funeral home before scaling a fence onto school grounds.

The door that gave Ramos access to the building had been left propped open by a teacher, McCraw said.

The attack, coming 10 days after a shooting at a grocery store in Buffalo, New York, left 10 people dead, has intensified the long-standing national debate over gun laws.

About 500 protesters holding crosses, signs and photos of victims from the Uvalde school shooting, gathered outside the convention, shouting, “NRA go away” and “Shame, it could be your kids today.”

President Joe Biden, a Democrat who has urged Congress to approve new gun restrictions, on Sunday will visit the community of 16,000 people about 130 km west of San Antonio.

Investigators are still seeking a motive. Ramos, a high school dropout, had no criminal record and no history of mental illness.

His assault began at the home he shared with his grandmother, when he shot her in the face and fled towards the school. She remains hospitalised.

Survivors described a horrific scene inside their classroom after the gunman entered. One boy told a CBS affiliate in San Antonio that Ramos said, “It’s time to die,” while an 11-year-old girl told a CNN affiliate she smeared the blood of a classmate on herself to appear dead.

“He should’ve just killed me, you know, instead of doing something like that to someone,” the elder Ramos told the site.