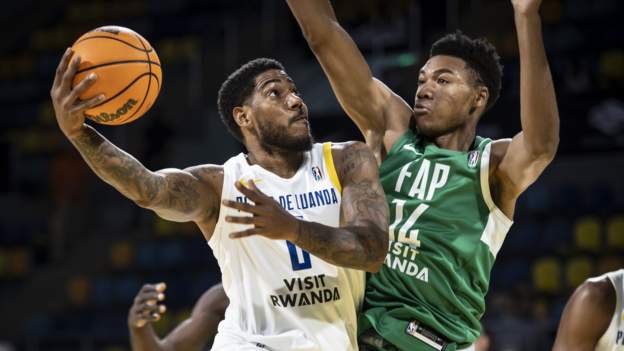 The Tunisian champions will meet Angola’s Petro Atletico in Saturday’s final in the Rwandan capital Kigali.

Zamalek, who had never lost any of their previous games in a competition that began last year, led 22-16 at the end of the first quarter but that was the last they won as the Tunisians impressively turned the screw.

Monastir were beaten 76-63 in last year’s final by the Cairo side.

Earlier, Petro Atletico – hailing from the home of the record 11-time continental champions – reached the final in only BAL’s second edition.

The final week of BAL has been played in a knock-out format after two regional leagues, the Nile and Sahara Conferences, earlier in the year.

Petro and FAP met in the Nile Conference last month, with the Angolan outfit winning 73-60.

This time the Angolans dominated the first three periods, winning all of them to open up a 22-point gap going into the final 10 minutes.

The Cameroonians won the final period 27-19 but it was not enough to overturn the deficit and saw Petro reach the final.

Childe Dundao was the top scorer for Petro Atletico with 18 points, while Credric Kenfack Tsnague weighed in with 13 for FAP.

The Cameroonians will have a chance to finish third when meeting Zamalek in Friday’s play-off.